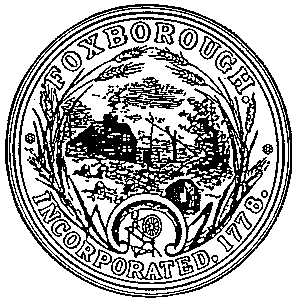 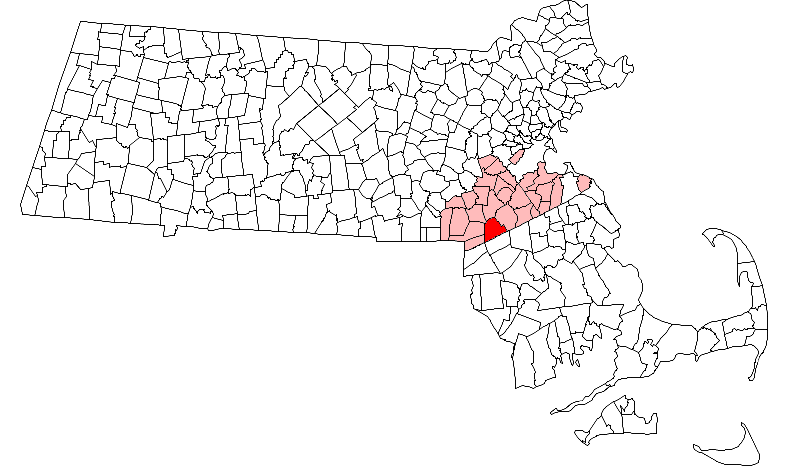 Foxborough is a town in Norfolk County, , , approximately 22 miles (35 km) southwest of Boston and 18 miles (29 km) northeast of Providence, . The population was 16,246 at the 2000 census. The town is best known as the site of , home of the of the and the of . "Foxborough" is the official spelling of the town name, [ [http://www.townfoxborough.us/ Official web site of Foxborough, Massachusetts] ] although the alternative spelling "Foxboro" is also frequently used.

For geographic and demographic information on the Foxborough, please see the article Foxborough (CDP), .

Settled in 1704 and incorporated in 1778, Foxborough was named for , Whig Member of the British Parliament, who was a staunch supporter of the Colonies in the years leading up to the .

Foxborough was once home to the world's largest straw hat factory. Founded by local businessman E.P. Carpenter, the Union Straw Works building burned to the ground in the early 20th century.

Foxborough was composed of small neighborhood communities until the early 1900s. These included Foxvale/Paineburgh, which remained semi-independent until the mid-twentieth century; Quaker Hill in South Foxborough; and Lakeview/Donkeyville in West Foxborough.

There were 6,141 households out of which 35.3% had children under the age of 18 living with them, 59.9% were married couples living together, 8.6% had a female householder with no husband present, and 28.4% were non-families. 23.4% of all households were made up of individuals and 8.6% had someone living alone who was 65 years of age or older. The average household size was 2.63 and the average family size was 3.15.

Foxborough is run by a five-member board of selectmen and elected town officials like the town moderator and town clerk. Day-to-Day operations involving items under the Board of Selectmen's purview is handled by an appointed Town Administrator.

Foxborough has a public school system. The Foxborough Public Schools (FPS) district currently has an enrollment of over 3,000 children in grades from pre-school to grade 12.

The mascot of the high school is the Warriors; their colors are blue and gold. The high school offers a wide variety of sports including golf, track and field, football, soccer, cross country, volleyball, basketball, wrestling, hockey, indoor track, gymnastics, cheerleading, lacrosse, baseball, tennis, and softball. The football team has won the Hockomock League title and also won the Division 2 Super Bowl various times, most recently in 2007 with a 21-10 victory over Burlington. Coincidentally, the Super Bowl win also gave coach Jack Martinelli his 200th win. The cheerleading team has also earned recognition, making it to nationals for the first time in 2004 and then again in 2005, 2006, and 2007. The golf team has produced many all-scholastic players and even state champions, as has the wrestling team. The boys' indoor track team were the Hockomock Champions in the 2006/2007 season. The field hockey team have been the Hockomock Champions several times in recent years. Foxborough High School is also known for its music program, which includes a string orchestra, symphony orchestra, chorus, marching band, concert band, symphonic winds, winds ensemble and jazz band/choir. Many of these groups regularly place in competitions.

*- Home of the and the .
* - An outdoor shopping and entertainment complex currently under construction next to .
* - local non-profit theater which serves as the home to Bay Colony Productions, a local community theater company, as well as the venue for other live performances and movies, including the annual film festival.
* - An outdoor attraction consisting of miniature golf, bumper boats, batting cages, a rock wall, and go-karts. One of several in the area. Recently closed down.
* - Encompassing 1,027 acres in Foxborough and Wrentham, the state forest is used for hiking, biking, cross country skiing, horseback riding, and observing nature. Contained on state forest land are some unique stone structures that some believe were made and used by the native Algonquin tribes prior to the town's founding. [ [http://foxborough.k12.ma.us/ancientstones/ASaboutthissite.html StoneSites.Net / About This Site ] ]
* - An indoor archery range open for public shooting that hosts an annual tournament.

There are several memorable historic sites within Foxborough. Memorial Hall is a stone building and monument in the center of town dedicated to those who served in the armed forces, and contains many town archives. The Historic Homes Plaque Program designates important historical homes in town. Area schoolhouses, such as the Quaker Hill School and the Paine School, now being made into a small museum, are also of interest. Town graveyards, such as Rockhill Cemetery, and the Centre Burial Ground, are also important to town history.