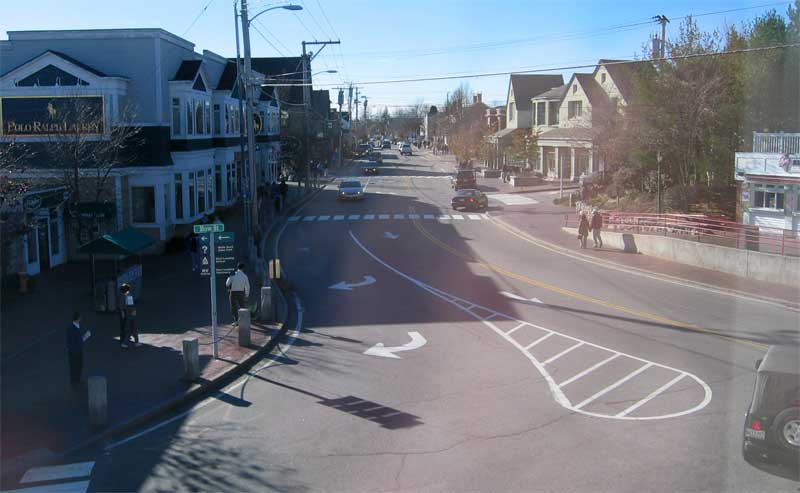 Freeport is a town in Cumberland County, , . The population was 7,800 at the 2000 census. Known for its numerous outlet stores, Freeport is home to , Wolfe's Neck Woods State Park, and is near the .

The town was once a part of North Yarmouth called Harraseeket, after the Harraseeket River. First settled about 1700, it was set off and incorporated on , as Freeport. It is believed to be named after Sir Andrew Freeport, the fictional London in 's "The Spectator".

At the on the Harraseeket River is Mast Landing, from which was shipped, particularly for use as masts. The was med to provide for a , and fulling mill, with modest manufacturing and . Porter's Landing was involved in , important in Freeport following the Revolutionary War. The industry reached its peak in the decade between 1850 and 1860, but declined with the Civil War. South Freeport, the largest of the waterfront villages, once had four s. Other businesses included , and . In 1903, the Casco Castle and was built here by Amos Gerald to encourage travel by trolley cars, although the hotel would burn in 1914. Freeport Corner was an inland village for farming and , but the 1849 entrance of the helped it develop into the town's commercial center, which it remains. In the 1800s, fabric was sent from New York and Boston to be made into clothing by local piece workers. Businessman E. B. Mallet established here a sawmill, brickyard, and large shoe factory.

In 1912, opened a store in the basement of his brother's apparel shop at Freeport Corner, selling the "Bean boot" (or Maine Hunting Shoe). This store, , became so popular that in 1951 it started remaining open 24 hours a day. Its retail and facilities expanded into Freeport's principal business, and a worldwide company with annual sales of over a billion dollars.

In 1982, made plans to tear down an 1850s house to build one of its standard stores. Outcry from residents caused the town to adopt new ordinances concerning what businesses could and couldn't do with their buildings, and McDonald's built the restaurant inside the house, maintaining the exterior appearance. This was one of the first times that McDonald's had been forced to change its restaurant design to fit local requirements.

Freeport borders Brunswick and Durham to the North, Pownal to the west, and Yarmouth to the southwest. Freeport also shares small borders with Cumberland and Harpswell in Casco Bay. Cumberland and Harpswell are not connected to Freeport by roads, but since Freeport's town border ranges out into Casco Bay, the other town's borders meet Freeport's. Both U.S. 1 and Interstate-295 run directly through Freeport, the latter with three and a half exits.

There were 3,065 households out of which 34.7% had children under the age of 18 living with them, 57.5% were married couples living together, 9.5% had a female householder with no husband present, and 29.8% were non-families. 22.4% of all households were made up of individuals and 7.4% had someone living alone who was 65 years of age or older. The average household size was 2.49 and the average family size was 2.93.