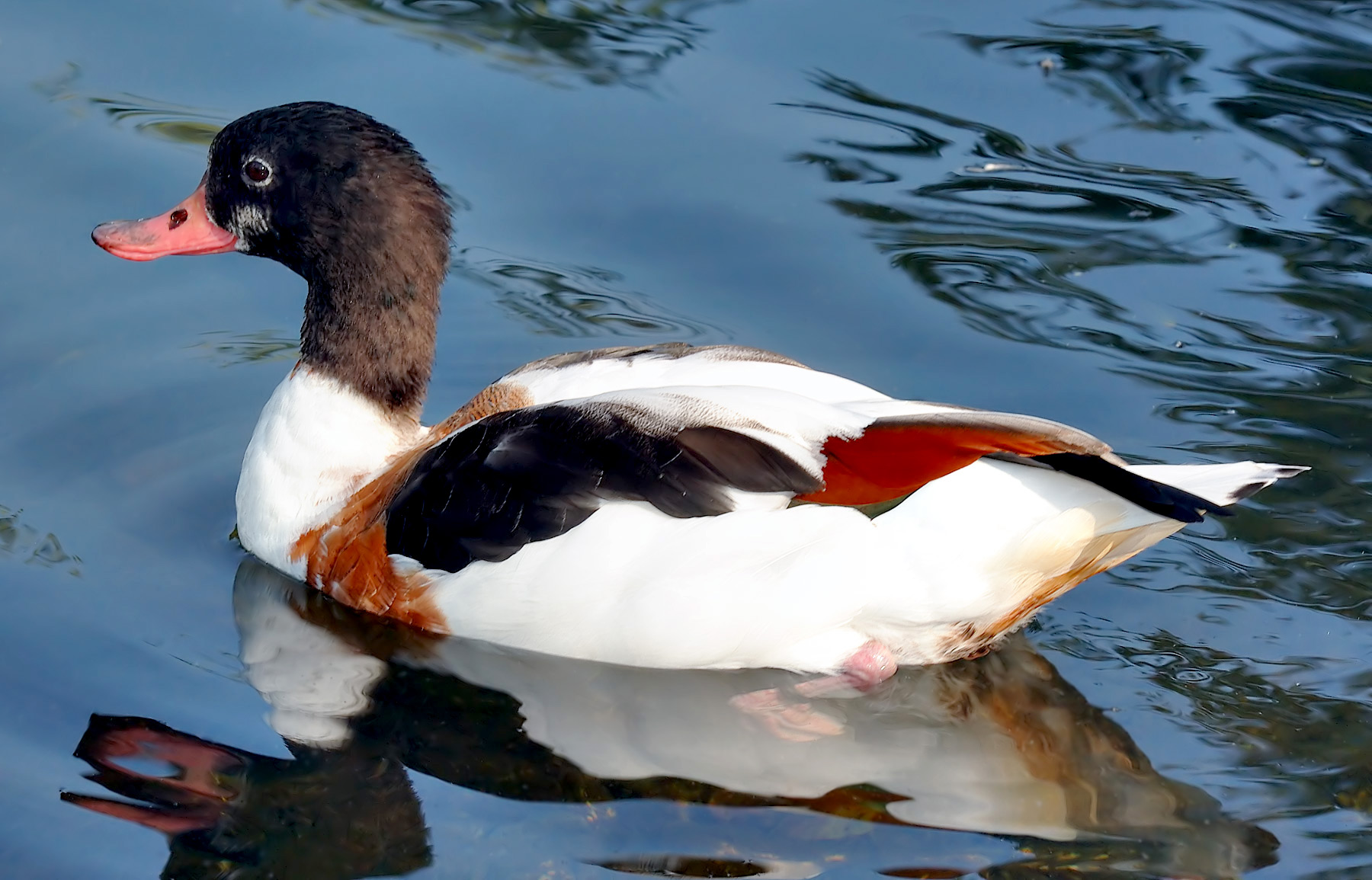 The Shelducks, genus "Tadorna", are a group of large birds in the subfamily of the , the biological family that includes the s and most duck-like waterfowl such as the geese and s.

The shelducks are a group of larger often semi-terrestrial waterfowl, which can be seen as intermediate between geese ("Anserinae") and ducks. They are mid-sized (some 50-60 cm) waterfowl. The sexes are colored slightly different in most species, and all have a characteristic upperwing coloration in flight: the tertiary form a green speculum, the secondaries and primaries are black, and the coverts (forewing) are white. Their diet consists of small shore animals (s, s etc) as well as es and other plants.

They were originally known as "sheldrakes", this remained the most common name until the late 19th century.

The genus name "Tadorna" comes from Celtic roots and means "pied waterfowl", essentially the same as the English "shelduck".

The namesake genus of the Tadorninae, "Tadorna" is very close to the and its relatives from the region, "Alopochen". While the classical shelducks form a group that is obviously , the interrelationships of these, the aberrant Common and especially Radjah Shelducks, and the Egyptian Goose were found to be poorly resolved by cytochrome "b" sequence data; [Sraml, M.; Christidis, L.; Easteal, S.; Horn, P. & Collet, C. (1996): Molecular Relationships Within Australasian Waterfowl (Anseriformes). "Australian Journal of Zoology" 44(1): 47-58. DOI|10.1071/ZO9960047 (HTML abstract)] this genus may thus be .

bones from () described as "Balcanas pliocaenica" may actually belong to this genus. They have even been proposed to be referable to the Common Shelduck, but their age makes this rather unlikely.