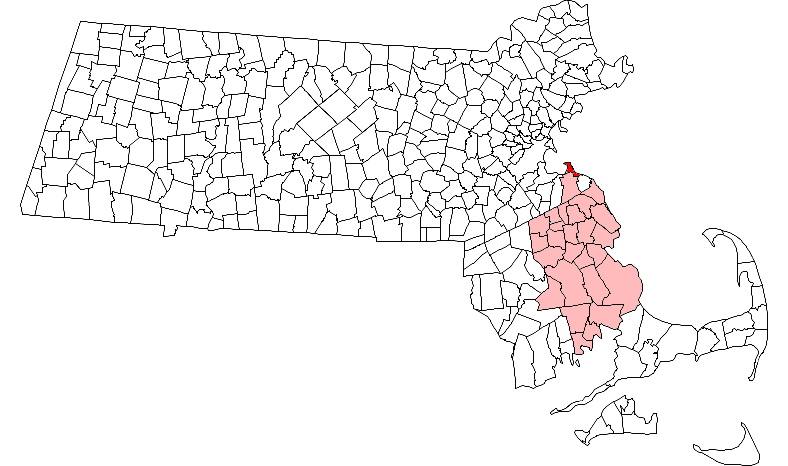 Hull has been the summer home to several luminaries throughout the years, including former Boston mayor (a.k.a. "``Honey Fitz"), the father of

The Masssachusetts tribe called the area "Nantasket," meaning "at the strait" or "low-tide place." It is a series of islands connected by sandbars forming , on which the established a in for with the Wampanoags. The town was first settled in and officially incorporated in , when it was named for Hull, England. Early industries included , trade and salvaging s. During the Revolution, General oversaw the evacuation of Boston from here in .

Hull was originally part of Suffolk County, and when the southern part of the county was set off as Norfolk County in 1793, it included the towns of Hull and Hingham. In 1803 those towns opted out of Norfolk County and became part of Plymouth County. [ [http://www.sec.state.ma.us/cis/cisctlist/ctlistidx.htm Information and Historical Data on Cities, Towns and Counties in Massachusetts] ]

Lifesaving has been an important part of Hull history. The Massachusetts Humane Society placed one of its first Huts of Refuge on Nantasket Beach after the American Revolution. When it expanded its boat houses for lifeboats it places several in Hull at Stoney Beach, on Nantasket Beach, and near Cohasset. Joshua James (1826-1902), Hull’s most famous lifesaver, became the first Keeper of the Pt. Allerton U.S. Life Saving Station, when in opened in 1889. James and his crews, both Humane Society volunteers and U.S. Life-Savers, are estimated to have saved over 1000 people from shipwrecks. The exact number is not known because Massachusetts Humane Society records were lost in the Great Boston Fire in 1872. The Hull Lifesaving Museum is now located in the 1889 Pt. Allerton Life Saving Station, with the Museum's Maritime Program housed in the old Coast Guard boathouse at Pemberon Point. The new U.S. Coast Guard Station Point Allerton opened at the edge of Hull Village near Pemberton Point in 1969.

Hull features , with fine, light gray sand -- generally considered one of the finest beaches in .Fact|date=March 2008 At low tide, there are acres of sandy . Beginning the community's development as a tourist resort, in Paul Worrick established the "Sportsman Hotel" on Nantasket Avenue. More hotels were built, and by , s made 3 trips a day between the town and Boston.

Following the crowds onto the s were , and confidence men, so "" was built as a safe place for those seeking amusement. Called a "marvel of fantasy," it once featured a ride based on the . The complex closed in when the property was sold for condominium development. Today, the only surviving remnants of "Paragon Park" on the boardwalk are the historic and clock tower.

Black Rock Beach connecting to Cohasset is the town's only landed connection to the mainland, although two bridges link the town to Hingham. Town neighborhoods include (from south to north) Green Hill, Straits Pond, Crescent Beach, Gunrock, Atlantic Hill, West Corner, Rockaway, Rockaway Annex, Nantasket Beach, Sagamore Hill, Hampton Circle, Sunset Point, Kenberma, Strawberry Hill, Waveland, Windermere, Allerton, Spinnaker Island, Stony Beach, Telegraph Hill, Hull Village, and Pemberton. The areas west of the northerly two miles of the three-mile-long Nantasket Beach constitute the majority of the town's landed area. The southern hills near the Town Hall are composed of volcanic rock created 600 million years ago. Green Hill near Cohasset and all of the hills out along the peninsula--Sagamore, Hampton, Sunset Point, Strawberry, Allerton, Telegraph, and Hull Hill--are drumlins formed by the last glacier about 14,000 years ago. The lands between the hills are tombolos, or tying sand bars. Telegraph Hill above Stony Beach is the site of Fort Revere Park, a park located at the site of a former defense installation which was active during the first half of the twentieth century. It is capped with an observation tower, which provides spectactular views of the rest of Boston Harbor, as well as much of the northern coast of the South Shore. The tower was sited on one of the five points of the star-shaped Fort Independence, which was created during the American Revolution.

The lands of Hull also include , a part of the .

There are no freeways in Hull. Route 228 becomes Nantasket Avenue at the center entrance to Hull. The main entrance is on George Washington Boulevsrd which connects to Route 3A at the Hingham . The avenue continues on through the rest of town, to Main Street in Hull Village, which then goes on past the Pt. Allerton Coast Guard station ending at Windmill Point, also known as Pemberton Point, at the high school near the Hull Wind 1 windmill. The MBTA's bus service extends into neighboring Hingham, and the of the commuter rail recently re-opened, with its closest station being at Nantasket Junction, site of the former Hingham Lumber Company lumber yard, which is where the Hull branch of the railroad once connected. This Hull branch was the first electrified railroad in America in 1895. Commuters to Logan International Airport and Boston (and in the summer to Boston Harbor Islands) can take the MBTA Commuter Boat, which leaves from Pemberton Point, the very tip of Hull. The nearest air service can be reached at in Boston.

There were 4,522 households out of which 26.2% had children under the age of 18 living with them, 46.4% were married couples living together, 11.8% had a female householder with no husband present, and 37.6% were non-families. 29.4% of all households were made up of individuals and 8.1% had someone living alone who was 65 years of age or older. The average household size was 2.44 and the average family size was 3.06.

Hull is governed on the local level by the form of government, and is led by a town manager and a . The town hall, as well as the police headquarters and the Green Hill Fire station, are all located in the southern portion of town, closest to the mainland. Fire Department Headquarters is in Waveland, and there is a branch firehouse in Hull Village as well, although it has been closed for some time. Emergency services bring patients to nearby South Shore Hospital, Quincy Medical Center, or into Boston if deemed necessary by EMS. There are two post offices, at Kenberma and Allerton, which serve the central and north parts of town, respectively. The town's public library is located on Main Street in Hull Village in a stoneVictorian mansion, built in 1889 as a summer home by John Boyle O'Reilly (1844-1890, famed as an Irish patriot, editor of the Catholic weekly Pilot, and poet. The home was built on the site of an earlier house, where Susanna Haswell Rowson (1764-1826) lived as a girl during the start of the American Revolution. Susanna eventully became America's first bestselling novelist with the publishing of her story of Charlotte Temple.

Hull has its own school system for its approximately 1,250 students. The Lillian M. Jacobs School, located on Telegraphs Hill above Stony Beach serves students from pre-kindergarten through fifth grade. The Memorial Middle School is located near the center of the peninsula, adjacent to Bayside Park, and serves sixth through eight grade students. Hull High School is located at the end of the peninsula. All three schools have recently completed major renovations. Hull High's teams are known as the Pirates, and their school colors are blue and gold. The teams compete in the South Shore League, and their chief rival is similarly-sized Cohasset High.