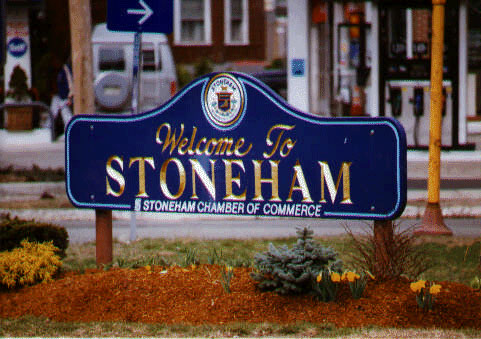 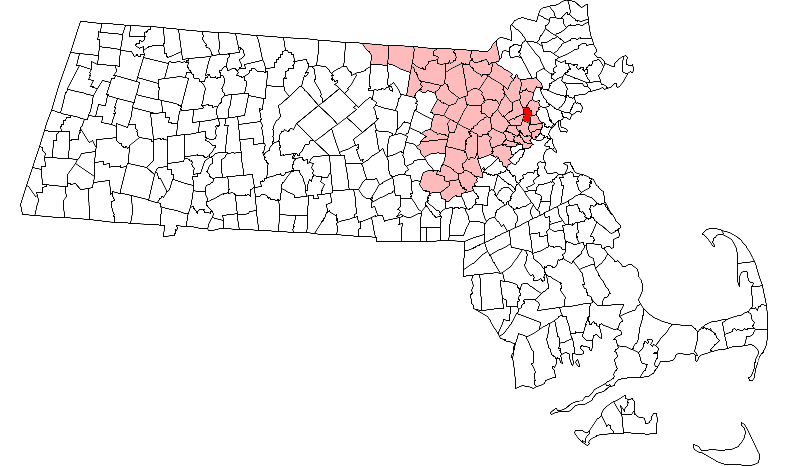 The earliest mention of Stoneham by European settlers was in the year when Governor Winthrop and his party came upon this area to picnic. They found Spot Pond and ate their lunch on Cheese Rock, now known as Bear Hill. Stoneham was first settled in 1645 and was originally a part of Charlestown; the original settlers of the area were Whigs. In 1725, the residents of the area petitioned Charlestown to allow them to form a separate town, although no specific reason was given for why they did this. When Stoneham was officially incorporated that year, the taxable male population was 65. Stoneham remained a small town during the colonial era. However, during the Industrial Revolution, Stoneham prospered as a major shoe-manufacturing center. In the 1970s, Stoneham was in the for having the greatest number of gas stations along a one-mile strip.

There were 9,050 households out of which 26.7% had children under the age of 18 living with them, 53.1% were married couples living together, 8.8% had a female householder with no husband present, and 35.1% were non-families. 30.1% of all households were made up of individuals and 13.3% had someone living alone who was 65 years of age or older. The average household size was 2.42 and the average family size was 3.07.

*: Linebacker for the
*: member of Boston rock band
*:Acclaimed Artist & Illustrator
*: comedian and actor
*: Former professional wrestler, and WWE Hall of Famer
*: U.S. Army soldier and recipient in
*: two-time Olympic medalist.
*: singer for punk band .
*: candidate for in 2006.
*: member of the singing group , often featured on the television show "Scrubs".
*: Original member of the orchestra for Broadway’s and Bass trombonist for the .
*: former player from 1995-2003; 1st round draft pick (7th overall) of the in 1991; played for the Royals, , and .
* : a Republican representative to the General Court of the Commonwealth of Massachusetts, who was later a Speaker of the Massachusetts House of Representatives and candidate for Governor. [ [http://politicalgraveyard.com/bio/gibbons.html The Political Graveyard: Index to Politicians: Gibbons ] ] [ [http://www.time.com/time/magazine/article/0,9171,863847,00.html TIME ] ]

* [http://books.google.com/books?id=sGg5ES-OFWAC&printsec=frontcover&dq=Stoneham,+Massachusetts#PPA3,M1 "Vital Records of Stoneham, Massachusetts"] , to the End of the Year 1849 By Stoneham (Mass.), Essex Institute, published 1918.