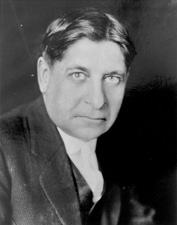 Thomas David Schall (, &ndash; , ) was a . He served in both the and the from . He was initially elected as a Progressive but later joined the Republican.

He was born in and moved with his family in 1884 to . He attended in and graduated from the Minnesota School of Law in 1904. He was blinded in an electrical shock from a cigar lighter in in 1907.

After losing the Republican primary for a special election to the Senate in 1923, Schall was elected to the Senate in 1924, defeating with 46% of the vote, and served from , until his death, in the 69th, 70th, 71st, 72nd, and 73rd congresses. He had a tough reelection campaign in 1930, facing strong candidates from both the Democratic and Farmer Labor Parties, and eventually won with 37% of the vote.

Schall was struck by a driver while walking across the in , on December 19, 1935. He died in Washington three days later, becoming one of few United States Senators or Congressmen in history to die in office in a road accident. He is buried at in .