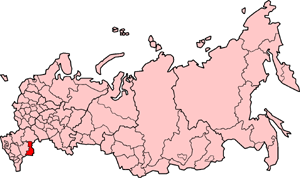 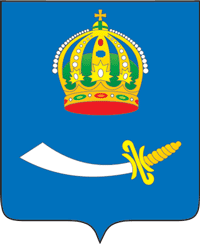 Astrakhan' is situated in the , rich in and exotic plants. The fertile area formerly contained the capitals of Khazaria and the . Astrakhan' itself was first mentioned by travellers in the early 13th century as . Tamerlane burnt it to the ground in 1395. From 1459 to 1556, Xacitarxan was the capital of . The ruins of this medieval settlement were found by archaeologists 12 km upstream from the modern-day city.

In 1556, the khanate was conquered by Ivan the Terrible, who had a new fortress, or , built on a steep hill overlooking the Volga. In 1569, Astrakhan' was besieged by the Ottoman army, which had to retreat in disarray. A year later, the Sultan renounced his claims to Astrakhan, thus opening the entire Volga River to Russian traffic. In the 17th century, the city was developed as a Russian gate to the Orient. Many merchants from , Persia, and Khiva settled in the downtown, giving it a multinational and variegated character.

For seventeen months in 1670–1671 Astrakhan' was held by and his s. Early in the following century, Peter the Great constructed a here and made Astrakhan the base for his hostilities against Persia, and later in the same century Catherine II accorded the city important industrial privileges.

The city rebelled against the tsar once again in 1705, when it was held by the Cossacks under . A Kalmuck khan laid an abortive siege to the kremlin several years prior to that.

In 1711, it became a capital of a , whose first governors included and Vasily Nikitich Tatishchev. Six years later, Astrakhan served as a base for the first Russian venture into Central Asia. In 1702, 1718, and 1767, it suffered severely from fires; in 1719 it was plundered by the Persians; and in 1830 the swept away a large number of its people.

Astrakhan's was built from the 1580s to the 1620s from bricks pillaged at the site of . Its two impressive cathedrals were consecrated in 1700 and 1710, respectively. Built by masters from , they retain many traditional features of Russian church architecture, while their exterior decoration is definitely .

In the autumn of 1942, the region to the west of Astrakhan became one of the easternmost points in the reached by the invading German , during , the offensive which led to the . Light armoured forces of German Army Group A made brief scouting missions as close as 100 km to the city before withdrawing.In the same period, the flew several air raids on the oil terminals and harbour installations of the city.

Astrakhan has five institutions of higher education. Most prominent prominent among these are and .