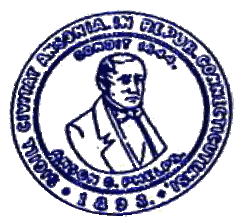 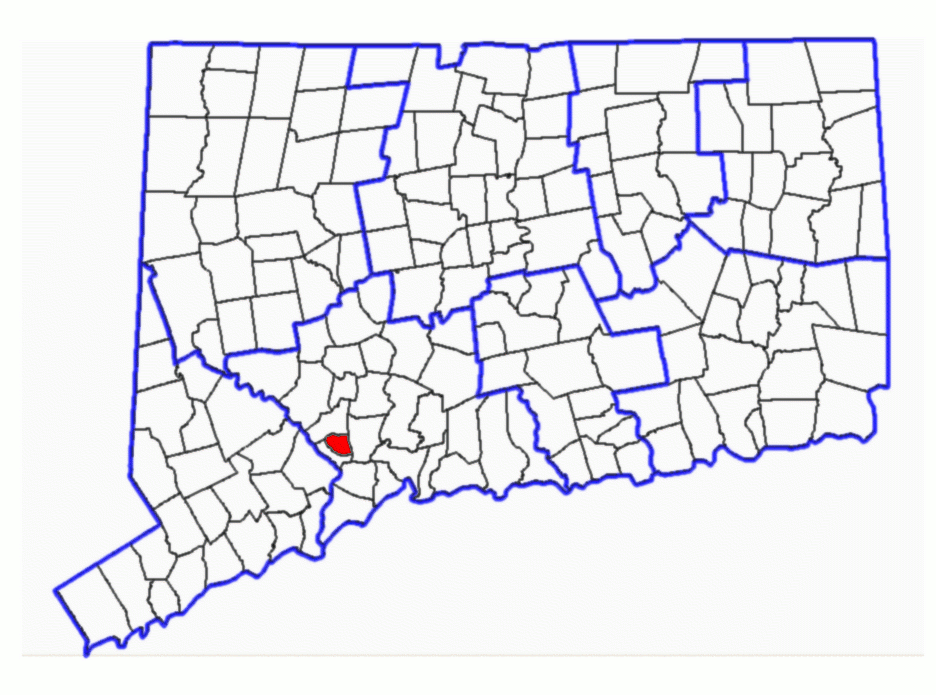 Ansonia is a city and town in New Haven County, , , on the , immediately north of Derby and about convert|12|mi|km northwest of New Haven. The population was 18,554 at the 2000 census. The ZIP code for Ansonia is 06401. The city has a train station, and the Route 8 state highway serves the city.

Ansonia is known for its devotion to its high school football team, the Ansonia Chargers. The Chargers' arch-rivals are the Naugatuck Greyhounds, from nearby Naugatuck. The annual Ansonia-Naugatuck game is one of the most important events of the year for the two cities.

The city, first settled in 1652 and named in honor of the merchant and philanthropist (1781-1853), was originally a part of the township of Derby. The state chartered Ansonia as a borough of Derby in 1864, and later as a separate town in 1889. In 1893, Ansonia incorporated as a city, consolidating with the coterminous town.

Ansonia suffered grievous damage in the Great Flood of August 19, 1955, when massive rain from filled the beyond its capacity. Submerging the land along the river, the flood destroyed many houses and businesses. The high river waters swept away Maple Street Bridge, which linked the east and west sides of the city. After the inundation, the authorities erected a flood wall along the east bank of the river to protect the city's factories and Main Street. On the west bank, federal public housing took the place of blocks of destroyed homes and businesses on Broad Street now known as Olson Drive.

In the decades following the flood, Ansonia's Main Street fell into decline as retail shoppers decamped to the Ansonia Mall at one end of the street (now replaced by a Big Y supermarket) and for malls in nearby Milford, Trumbull, and Waterbury. In recent years, however, Main Street has perked up with the opening of several antique stores, a Polish delicatessen, a coffee shop, and other businesses.

Ansonia hosted its own daily newspaper, the "Evening Sentinel", which enjoyed a wide readership throughout the Naugatuck Valley. However, the parent company of the bought the "Sentinel" in the 1980s and quickly folded it, despite promises not to do so, in order to consolidate the Post's position as the region's main newspaper.

In the early morning hours of November 6, 1960 Senator 's presidential campaign motorcade stopped on its way to for an appearance and brief address in front of City Hall drawing thousands to downtown. President Kennedy would make a return visit on October 17, 1962 while on his way to Waterbury.

President paid a visit to Ansonia by during the 1992 presidential election campaign. He was running far behind schedule, and his late arrival and truncated appearance caused many residents to feel he had slighted their city.

In May 2001, a wind-driven fire destroyed the building, a very large rubber plant along the in downtown Ansonia. The fire gutted the convert|284000|sqft|m2|sing=on building, which was the workplace of 250 people. Firefighters from multiple counties fought the fire tirelessly for five days. Lingering clouds of foul-smelling smoke spread over the city and nearby communities, and chemical runoff produced by the fire unbalanced the ecosystem of the nearby river. A Target store replaced the empty lot and opened in July 2007. [http://query.nytimes.com/gst/fullpage.html?sec=health&res=9E07EFDD143AF936A25756C0A9679C8B63&n=Top%2fNews%2fScience%2fTopics%2fChemicals]

The city is bisected by the Naugatuck River and spreads out from the river's banks up the hills - some quite steep - of the river valley. On the west side of the river, the city abuts Derby and Seymour along Silver Hill, and on the east side the city's Hilltop neighborhood meets Woodbridge.

The land along the river is mostly given over to factory sites (both operational and defunct), with an area of wooded land on the west bank close to the city's northern boundary that belongs to the and was the site proposed by company for a solid waste to electric energy in the early 1990s. The proposal was controversial and protests by residents resulted in its defeat.

Residential housing occupies most of the land in Ansonia, chiefly one- or two-family houses on plots of an acre or less. There are larger houses on larger plots in the Hilltop neighborhood. The Ansonia Nature Center on Hilltop preserves some open fields and woodlands and is a favorite for school trips.

An once operated on Hilltop, at the eastern edge of the city; during the the deployed Nike missiles in silos at the airport. Developers have built residential housing on the former airport grounds. The Nike base is now a horse farm with riding stables holding just a few reminders of its former life.

There were 7,507 households out of which 31.4% had children under the age of 18 living with them, 46.1% were married couples living together, 15.6% had a female householder with no husband present, and 33.7% were non-families. 28.5% of all households were made up of individuals and 12.3% had someone living alone who was 65 years of age or older. The average household size was 2.46 and the average family size was 3.03.

The city has manufacturers of heavy machinery, electric supplies, brass and copper products, and silk goods. Ansonia, Derby, Shelton, Seymour, and Beacon Falls form one of the most important industrial communities in the state. winning author referred to the Naugatuck Valley "as the seedbed of American technology" in his work "". The city hosts the world headquarters of the , a leading producer of plastics and rubber processing equipment including the . , which supplies metal rod, wire and tube products to manufacturers of finished commercial products, also makes its home in the city.

The highly successful had its start manufacturing in the city in 1851. The company moved to Brooklyn, , in 1878 but retained its home city's name.

In recent years, much of the heavy industry moved out and factories sat vacant. In the late 1980s the City began development of the in the northwest border. It houses and In 2007 work will begin by to further develop the park with a convert|400000|sqft|m2|abbr=on. office building. Starting in 2002, city authorities and residents began a revitalization of the downtown area. Two large regional clothing retailers, Marshalls and Bob's, opened stores there in 2006. In 2007, the popular international department store Target opened a store on the former Latex Foam Company site (see "Rubber Plant Fire" above).

As a result of economic growth and plentiful employment in southwestern , driven by corporate relocations from the and metropolitan areas to nearby towns, Ansonia's housing market improved in the early 2000s. On the preferred East Side of the city, the average home price climbed almost 20% in the period from 2001 to 2006. Authorities are in the process of closing down federal housing projects on the West Side of town, where a large percentage of the crime in Ansonia is reported.

Ansonia is a station stop on the of the Metropolitan Transit Authority's system. Trains on the run from Waterbury in the north to Bridgeport in the south, allowing Ansonia residents access to via transfer to the main line at Bridgeport. Travel time from Ansonia to in is approximately two hours.

In addition to the and facilities along the banks of the Naugatuck River in the center of the city, Ansonia's landmarks include its , , National Guard and many Victorian and Queen Anne houses. The prominent is the oldest opera house in Connecticut built in 1870.

Ansonia is noted for its many churches, including those forming five Catholic , each historically associated with a particular : Saint Joseph (Polish), Saint Anthony (Lithuanian), (Irish), Holy Rosary (Italian), and Saints Peter and Paul (Ukrainian). There are also Congregationalist, , Episcopalian, , , , , , and other . The region's community had a (temple) in one of the buildings on Main Street until an accidental fire burned it down.

*, , . During his term of office he was elected by his peers as President of the . He was succeeded by .
*David Humphreys, aide-de-camp to , diplomat, legislator, entrepreneur, poet and wit, among whose accomplishments was the introduction of to the . In 1789 he accompanied General Washington from Mt. Vernon to New York for the inauguration of the nation's first president. In 1791 became the first ambassador nominated and confirmed under the when posted to . The Humphreys House is a museum that is a favorite field trip destination for local schools.
*, from 1950 to 1953. Elected to fill office vacated by . When denied support from he ran as an independent in special election defeating by 250,000. He was succeeded by
* , Assistant , a highly-decorated veteran of the . Led first wave of Marines onto Red Beach in September 15, 1950 invasion of , as of Company E, 2d Battalion, 5th Marine Regiment, 1st Marine Division. Awarded Distinguished Service Medal and the with .
*, fullback, Rookie of the Year 1959, , was all-time leading rusher. . Multiple NFL Pro-Bowl selectee. Notre Dame annually recognizes an outstanding player with award in his memory.
* , a highly-decorated who lead the , in . Serving under divisional , Colonel Tucker is specifically referenced in 's well-known work A Bridge Too Far, published in 1974 which chronicles the 1944 airborne invasion of the in "".
*Dr. Lorenzo Johnston Greene, noted historian, pioneer in African American history, born in Ansonia on November 18, 1898. First black student to graduate from Ansonia High School. Matriculated at Howard University in Washington, D.C. and Columbia University, New York. Worked with Carter G. Woodson, the founder of Black History month and the Association for the Study of Negro Life and History. Greene spent his teaching career at Lincoln University of Missouri and authored several books including "The Negro in Colonial New England, 1620-1776, The Negro Wage Earner" and numerous articles. As the civil rights movement heated up during the 1950s and 1960s, he was appointed to many civil and social rights commissions at the state and national level. He died at age 88 in January 1988 in Jefferson City, Missouri.
*William Wallace, inventor, along with of the first electric dynamo. The dynamo was first exhibited at the in Philadelphia in 1876. A visit by , to Wallace's brass manufacturing plant in Ansonia on , accelerated the invention of the first electric incandescent lamp.
*Pincus "Pinky" Silverberg, Flyweight Boxing Champion of the World in 1927. He had 82 professional fights in his 17 year boxing career. From 1920 to 1937 he fought in the U.S., Cuba, and Australia. No matter where he traveled he always returned to Ansonia where he died on January 16, 1964. He was truly Ansonia's champion. Pinky was inducted into the Connecticut Boxing Hall of Fame on November 30, 2007.