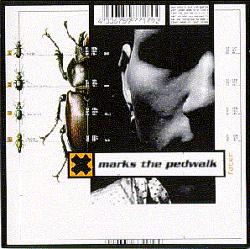 "Facer" is the last single by German band . It was released by in Europe in format.

"Facer" is notable for marking a new era in the musical style of X Marks the Pedwalk, which became less harsh and incorporated more elements of . Both the title track and "Missing Light" are considered by many to be among the best X Marks the Pedwalk songs ever. [http://www.xmtp.de/foryou_top5.html]