Nashik district
This article is about the district. For its eponymous headquarters, see Nashik. 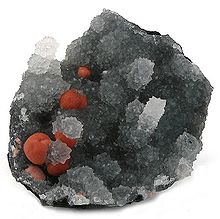 Nashik district, also known as Nasik district, is a district in Maharashtra, India. The city of Nashik is the administrative headquarters of the district.

The Western Ghats or Sahyadri range stretches from north to south across the western portion of the district. With the exception of the westernmost few villages, the western portion is hilly, and intersected by ravines, and only the simplest kind of cultivation is possible. The western slope of the Ghats is drained by several rivers, including the Daman Ganga River, which drains westwards to the Arabian Sea.

The larger eastern portion of the district, which lies on the Deccan Plateau, is open, fertile, and well cultivated. The Chander Range, which runs east and west, forms the chief divide of the plateau region. The Godavari River originates in the district and drains east towards the Bay of Bengal, and all the streams to the south of the Chander Range, including the Kadwa and Darna, are tributaries of the Godavari. To the north of the Chander Range, the Girna River and its tributary, the Mosam, flow westward through fertile valleys into the Tapti River.

Languages spoken include Ahirani, a Kandeshi tongue with approximately 780 000 speakers, similar to Marathi and Bhili.[8]

Administratively, the district is divided into fifteen talukas, which are grouped into four sub-divisions:

In the 18th century, the present-day Nashik district was part of the Maratha Confederacy, within the territory controlled directly by the Maratha Peshwa. The district contains several old hill forts, the scenes of many engagements during the Anglo-Maratha Wars. The district became British territory in 1818 on the overthrow of the Peshwa. The present-day district was initially divided between Kandesh and Ahmadnagar districts of Bombay Presidency, a province of British India. Nashik district was created in 1869. The population in 1901 was 816,504, showing a decrease of 3% in the decade 1891-1901. The principal crops were millet, wheat, pulse, oil-seeds, cotton and sugar cane. There were also some vineyards, and much garden cultivation. Yeola was an important centre for weaving silk and cotton goods. There were flour-mills at Malegaon, railway workshops at Manmad and Igatpuri, and cantonments at Deolali and Malegaon. At Sharanpur was a Christian village, with an orphanage of the Church Missionary Society, founded in 1854. In 1861 the main northeast line of the Great Indian Peninsula Railway was completed across the district, and in 1878 a chord line was completed between Manmad, on the northeast line in Nashik district, and Daund, on the southeast line in Pune district.

From India's independence to 1960, Nashik district was part of Bombay State, which in 1960 split into the states of Maharashtra and Gujarat.

The Kumbh mela is held after every twelve years at Nashik.