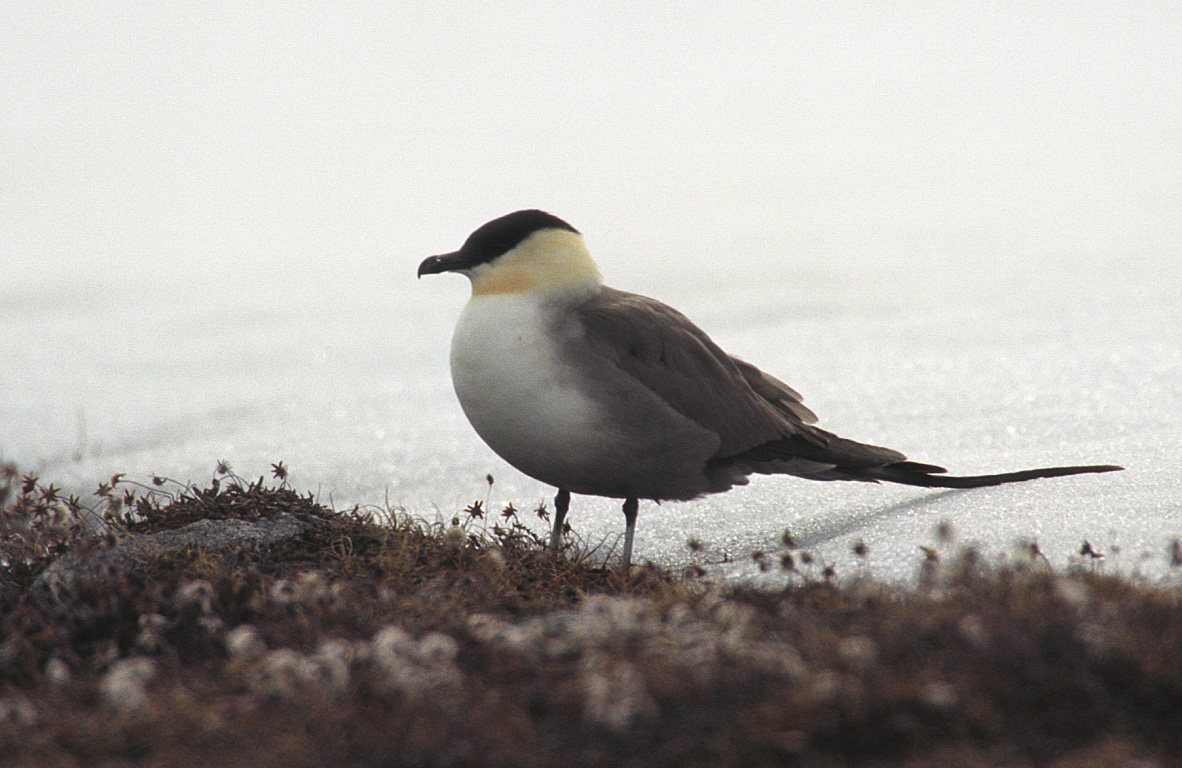 The Long-tailed Skua, "Stercorarius longicaudus", is a in the family Stercorariidae.

This is the smallest of the skuas at about 38cm length, excluding the elongated central tail feathers of the summer adult, which can add another 20cm or so.

This species breeds in the high Arctic of and , with major populations in , and and smaller populations around the rest of the . It is a migrant, wintering in the south Atlantic and . Passage juvenile birds sometimes hunt small prey in ploughed fields or golf-courses, and are typically quite fearless of humans.

They nest on dry or higher fells laying two spotted olive-brown eggs. On the breeding grounds they can be heard making yelping and rattling sounds. Outside of the breeding season they spend most of their time over open ocean and have a harsh "kreeah" cry. This feeds mainly on s, and numbers fluctuate with the food supply. On migration, Long-tailed Skuas are more likely to catch their own food, and less likely to steal from s and s than larger .

This species is unmistakable as an adult, with grey back, dark primary wing feathers without a white "flash", black cap and very long tail. Adults often hover over their breeding territories. Juveniles are much more problematic, and are difficult to separate from over the sea. They are slimmer, longer-winged and more tern-like than that species, but show the same wide range of plumage variation. However, they are usually colder toned than Arctic, with greyer shades, rather than brown.