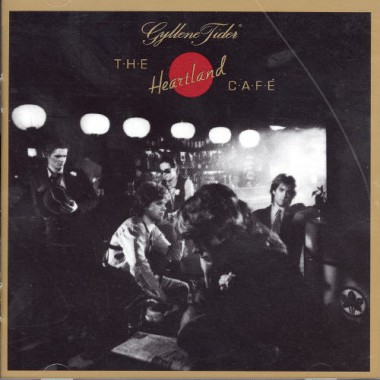 "The Heartland Café" is an album released by Swedish pop group on . The group's first recorded foray into the English language, "The Heartland Café" was the second album to feature vocalist singing back-up and proved to be a precursor to the Swedish super-duo , which consisted of Fredriksson and 's lead singer, .

Planning for "The Heartland Café" began after Gessle had released and publicized a solo album. It also followed a hiatus of sorts for the band. In liner notes written for a re-issue of the album in , Gessle wrote, "Rehearsals were very sporadic, we almost didn't hang out at all, we were very sick of each other after many intense years."

In preparing to reassemble for an album, the members decided to step into English-language rock. Released by EMI Records, "The Heartland Café" was made in part to satisfy an interest expressed by label affiliate in the band due to its popularity in Sweden and its catchy pop/rock sound.

According to Gessle, preliminary demo recording and composition occurred in the band's native , and the band recorded the album itself in , finishing near Christmas 1983.

EMI Records released "The Heartland Café" in early 1984. Despite what Gessle claimed was lackluster interest on the part of itself, Capitol took six of the 11 tracks from the album and combined them on to an extended-play (EP) record in the United States under the abridged title "Heartland". In preparing for international release, Capitol requested that the members come up with a less indigenous name — "gyllene tider" is Swedish for "golden age." They decided on the title of a 1975 Dr. Feelgood song, "Roxette."

As a result, many fans consider "Heartland" the first true release even though it was not full-length and did not feature Fredriksson and Gessle up front. It would be another two and a half years before in its final form would release a full-length album, 1986's "".

While a milestone in the history of , "The Heartland Café" is considered a mild success in the history of , having sold 45,000 copies in its first distribution. The band toured briefly to support the album, but Gessle claimed that international distributors other than Capitol were not interested in it. In the United States, "I think it sold 8,000 copies or so," he wrote. Despite the disappointing sales, Gessle continued, "I remember what a kick it was to find us in our own slot (in front of Roxy Music) at Tower Records in L.A.!"

But "The Heartland Café" would prove to be a stopping point for the band. "Problems arose," Gessle wrote. "Anders (Herrlin) wanted to move to Stockholm. I wanted to make another Swedish solo album. Money was getting short for everyone.… Almost a year went by, and nothing really happened." Though one song was recorded in that time that ultimately ended up on Gessle's next solo album, it would be another 11 years before the members of recorded another song — this time featured on a 1995 greatest-hits compilation — and toured again and then another eight years before the band united to record another album, "".

* Tracks that appeared on the release "Heartland" in the United States.

Additional tracks on the 1990 re-issue