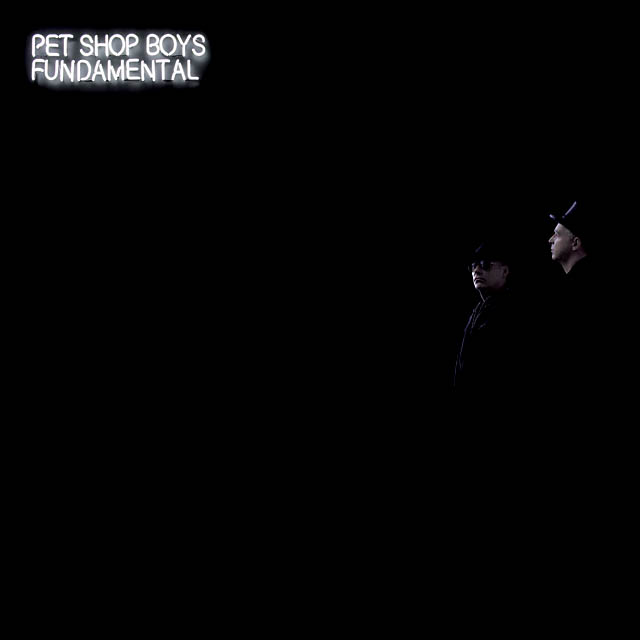 "Fundamental" is the sixteenth , the ninth of entirely new music, by the British band . It was released in in the United Kingdom, Europe, , and , and was released in late in the . The album entered the at number five on (see ).

The album was produced by the Pet Shop Boys and and it features eleven new Pet Shop Boys compositions, and "Numb," written by (Neil Tennant and Chris Lowe originally planned to have "Numb" be one of two new tracks on "", but opted instead for "Miracles" and "Flamboyant").

The show that the album is dedicated to two executed ian teenagers, , who were hanged on July 19, 2005. Some reports have suggested the two may have been executed for engaging in homosexual behavior, though others indicate they were hanged for raping a 13 year-old boy. The album was critically acclaimed and went on to sell over 1 million copies worldwide.

The album has been noted for being more political than any other of the duo's albums to date; even the title, in one sense, is a reference to religious &mdash; portrayed here in a light, critical manner, which singer attributes to the relatively relaxed .

Specific contemporary issues discussed in the lyrics include tensions and fears in the United States caused by the , addressed in songs such as "Psychological" and "Luna Park".

Other subject matters are dealt with as well. "Casanova in Hell" is about the 18th century historical figure , and how he immortalized himself by writing s about his history of sexual seduction of numerous women. Tennant refers to, specifically, the book "Casanova's Homecoming" by as his inspiration for the song. (It was sung by at its very first live performance, at a private concert recorded for at the on , .)

The album is Pet Shop Boys' first collaboration with since the 1988 single "Left to My Own Devices". Its sound bears the producer's heavily l style (also present on that song), most frequently associated with the 1982 ABC album "" as well as the 1984 single "" and subsequent album "". Horn was also musical director for the Radio 2 concert, which featured the .

"In Private", here presented as a duet with , was originally a song written and produced by the Pet Shop Boys. First released as a single in 1989, it was later included on the 1991 album "Reputation".

:"all songs written by Neil Tennant/Chris Lowe except where noted."

On , the official Pet Shop Boys website announced an early track listing for the album and gave a release date of with new single "Minimal" arriving a few weeks beforehand. This was quickly followed up on , when pop music fansite gave the first review of the album [http://www.popjustice.com/index.php?option=com_content&task=view&id=146&Itemid=138] .On , it was announced that the release date of "Fundamental" had been pushed back to May 22, because needed "more set-up time". At the same time "I'm with Stupid" was announced to be the revised lead single. This was followed on , with news that there would be a limited edition of the new album that would include a bonus CD called "Fundamentalism".

*"Psychological" — In December 2005, a limited 12-inch of "Psychological" was released. This one-track promo single featured an instrumental mix of the track, clocking in at 4:05.
*"I'm with Stupid" — the first commercially available single from "Fundamental" released in the UK.
*"Minimal" — released 2006, "Minimal" was announced by the Pet Shop Boys on as the second commercially available single from "Fundamental" in the UK.
*"Numb" - released on 16 October 2006, announced on the official website on 4 September.
*"Integral" - a new version of this song was released to promote the album "".

B-sides and other released songs

These were written/recorded during the writing for Fundamental and are yet to be released:
#"Ring road"
#"The former enfant terrible"
#"China"
#"Dirty tricks"
#"One way street"
#"The performance of my life"
#"After the event"
* There is also a demo of a song called "Dancing in the Dusk" that asked them to record.

The album was released in various countries: