We Are Family (album)

We Are Family (album) 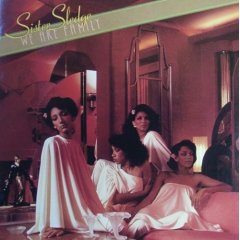 "We Are Family" is a 1979 by . The album which was both written and produced by and of the band Chic includes four classic hit singles: the anthemic title track, "", "Lost in Music", and "Thinking of You", all four of which have been sampled, remixed, and reissued through the 80's, 90's and 2000's.

"We Are Family" is one of two albums produced by and in 1979, the other being Chic's second album "" including hit singles "Le Freak" and "I Want Your Love".

"We Are Family" was digitally remastered and reissued on CD by in 1993.

"All tracks written by Bernard Edwards and Nile Rodgers."