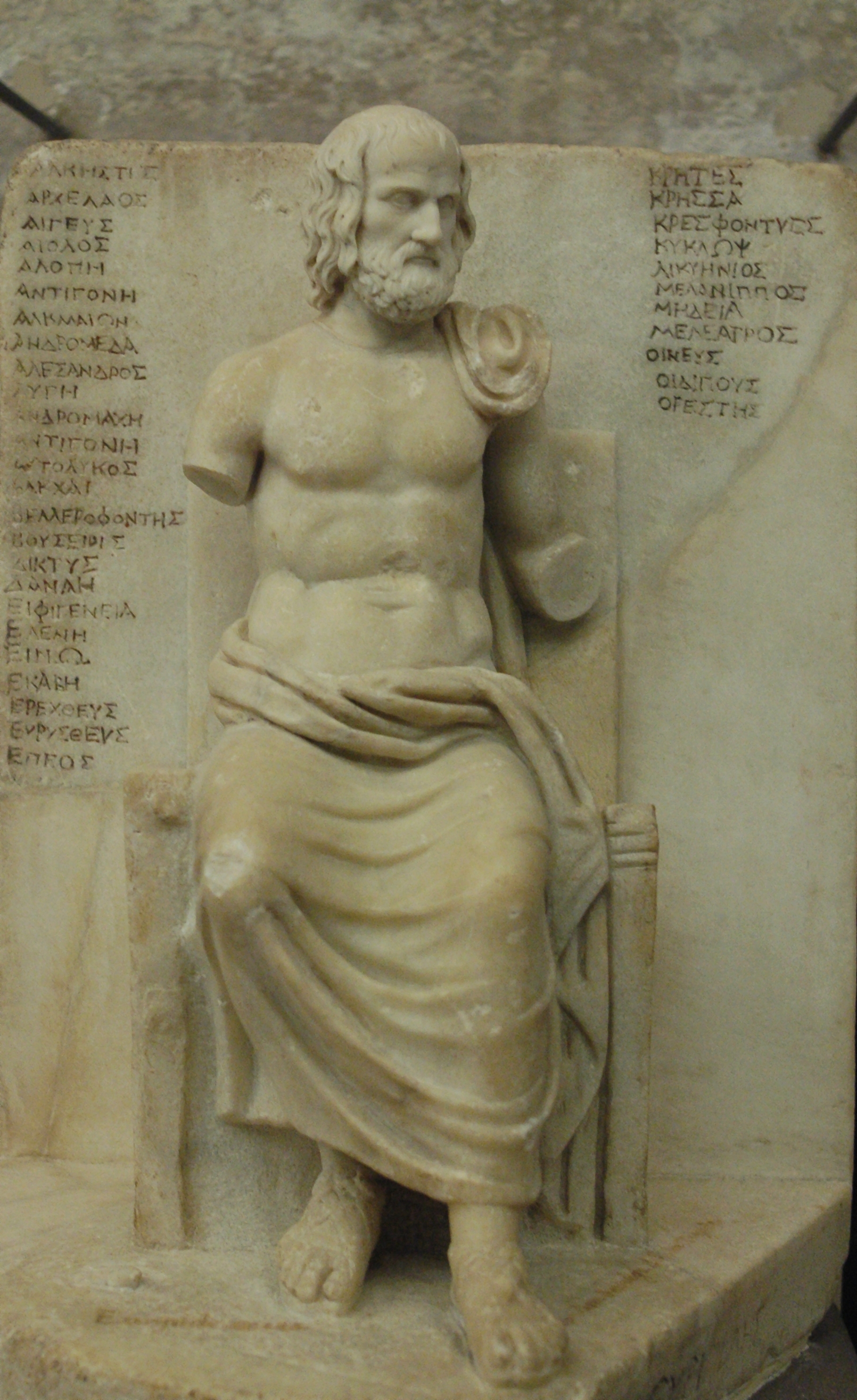 
setting = Before the temple of at Marathon


"Heracleidae" ( _el. Ηρακλείδαι / "Hērakleidai") is a play by c. . It follows the children of (known as the ), as they seek protection from . It is the first of two surviving plays by Euripides where the family of Heracles are suppliants (the second being "Heracles Mad").

Eurystheus was responsible for many of the troubles of Heracles. In order to prevent the sons of Heracles from taking revenge on him, he sought to kill them. The Heracleidae take flight under the protection of , Heracles' close friend and nephew.

The play begins in the altar of at Marathon. Copreus, working under the orders of Eurystheus, attempts to take the children by force. Demophon, son of , enters taking the side of Iolaus and protecting the children. Copreus threatens to return with an army. Athens will protect the Heracleidae, but after checking the it is learned that they will only be successful if there is a noble maiden's sacrifice. Demophon explains how he'd like to help, but won't sacrifice his own child or make any of the Athenians do so. A daughter of Heracles, , then offers herself to be the sacrifice. The sacrifice is made, and Hyllus arrives with reinforcements. Despite being old and feeble, Iolaus insists of going out into the battle. Once out there he miraculously becomes young and captures Eurystheus. They debate executing this prisoner of war, but there is a law against it. Eurystheus tells them a prophecy of how his spirit will protect the city from the descendants of the Heracleidae if they slay and bury him, and so it is done.