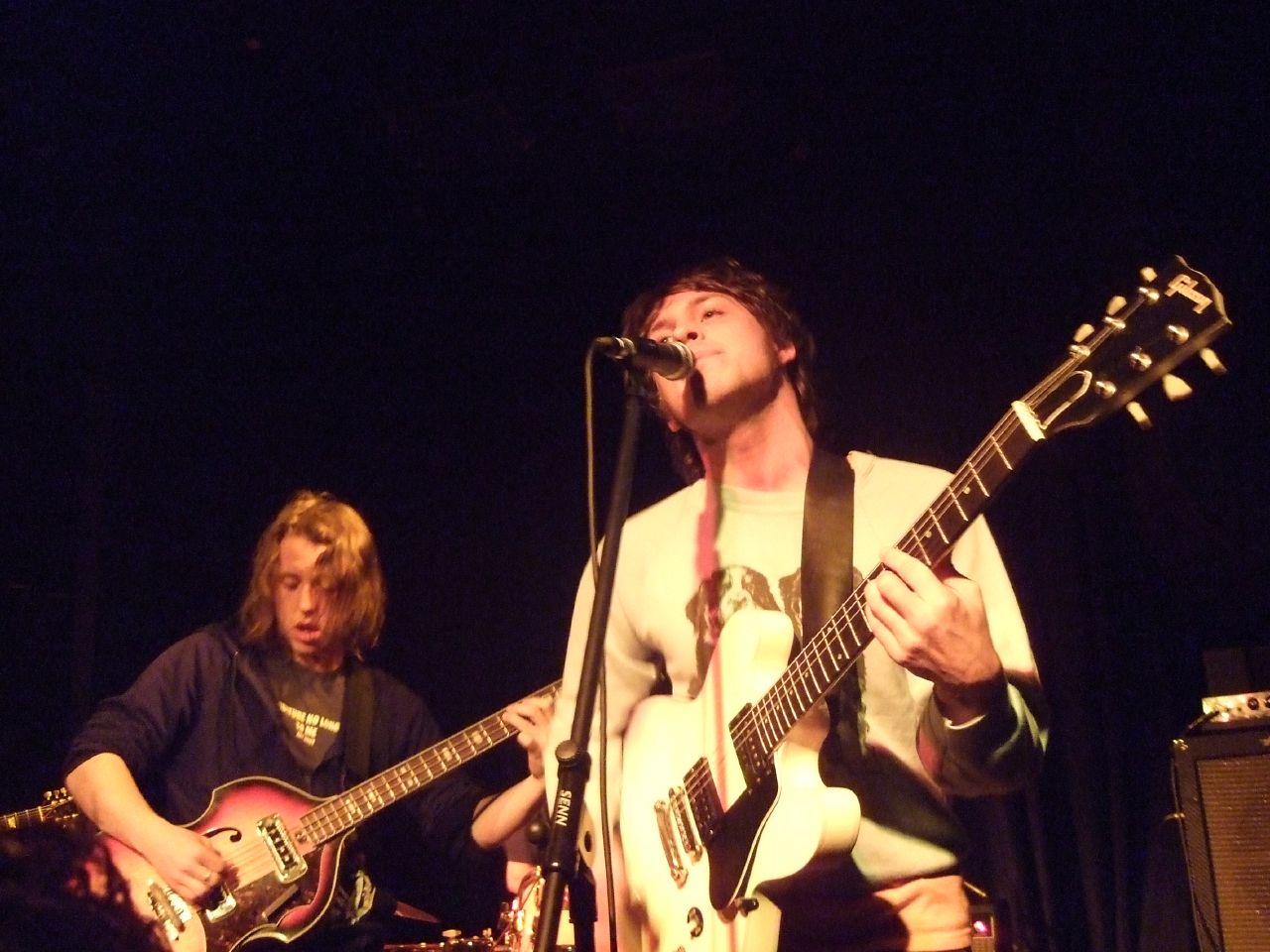 The Spinto Band is a rock band from .

*Albert Birney (featured until "Nice and Nicely Done". Now plays in the )

* The band previously recorded under the name "Free Beer". The basement studio they made their early recordings in was called Jamonkey Studio.

* Their song "Direct to Helmet" was released as a single in the UK in March 2006 and was also featured on the Rough Trade shop's "Counter Culture 05" compilation album.

* Often when performing live, the band covers Tommy James and the Shondells'

* The band toured with Art Brut and from September 2006 throughout the middle of October.

* The single "Direct To Helmet" was featured in the credits of the 2007 video "That".

* The band appeared on the edition of "".

* The band's song "Oh Mandy" has appeared in indie film "" (directed by and ), a Sears , 2006 BMX film , skateboard movie by Digital, and most recently 's 2007 advertising campaign concerning it's service. It was also included in "The Sunday Times"'s list of Songs of the Year for 2006. [ [http://entertainment.timesonline.co.uk/tol/arts_and_entertainment/music/article1088759.ece Songs of the year - Times Online ] ]

* Band member Nick Krill attended in . Krill started the band when he found boxes in his attic, with lyrics written by his relative, Roy Spinto, thus the name The Spinto Band. Most of the other members went to college on the East Coast, some of them attending , and some of them at . During his sophomore year at American University, Krill turned his bed into a mini-recording studio, and slept under the frame so it could hold all of his equipment.

* A 7" of the song "Oh Mandy" was set to be released by Baltimore avant/noise rock label hit-dat records in 2004. Due to budget issues and the release of Double Dagger's first LP, the 7" never came out.

* The songs "Direct to Helmet", "Brown Boxes" and "So Kind, Stacey" were first released on "", as tracks by Carol Cleveland Sings (CCS), a side project headed by Thomas Hughes. Although numerous CCS songs have been re-recorded by Hughes and bandmates and released as The Spinto Band tracks, CCS and The Spinto Band are two separate entities.