Research
This article is about the search for knowledge. For the suburb of Melbourne, Australia, see Research, Victoria.
For the Wikipedia policy, see Wikipedia:Original research. For information on using Wikipedia for research, see Wikipedia:Researching with Wikipedia.

Research can be defined as the scientific search for knowledge, or as any systematic investigation, to establish novel facts, solve new or existing problems, prove new ideas, or develop new theories, usually using a scientific method. The primary purpose for basic research (as opposed to applied research) is discovering, interpreting, and the development of methods and systems for the advancement of human knowledge on a wide variety of scientific matters of our world and the universe.

Artistic research, also seen as 'practice-based research', can take form when creative works are considered both the research and the object of research itself. It is the debatable body of thought which offers an alternative to purely scientific methods in research in its search for knowledge and truth.

Historical research is embodied in the historical method. Historians use primary sources and other evidence to systematically investigate a topic, and then to write histories in the form of accounts of the past.

The phrase my research is also used loosely to describe a person's entire collection of information about a particular subject. 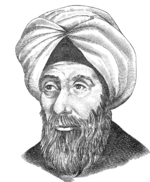 Ibn al-Haytham (Alhazen), 965–1039, Basra - one of the early figures in the development of scientific method.

As per the Merriam-Webster Online Dictionary, the word research is derived from the Middle French "recerche", which means "to go about seeking", the term itself being derived from the Old French term "recerchier" a compound word from "re-" + "cerchier", or "sercher", meaning 'search'.[1] The earliest recorded use of the term was in 1577.[1]

Research has been defined in a number of different ways.

Another definition of research is given by Creswell who states - "Research is a process of steps used to collect and analyze information to increase our understanding of a topic or issue". It consists of three steps: Pose a question, collect data to answer the question, and present an answer to the question.[3]

The Merriam-Webster Online Dictionary defines research in more detail as "a studious inquiry or examination; especially  : investigation or experimentation aimed at the discovery and interpretation of facts, revision of accepted theories or laws in the light of new facts, or practical application of such new or revised theories or laws".[1]

The major steps in conducting research are:[4]

The steps generally represent the overall process, however they should be viewed as an ever-changing process rather than a fixed set of steps [5]. Most research begin with a general statement of the problem, or rather, the purpose for engaging in the study [6]. The literature review identifies flaws or holes in previous research which provides justification for the study. The purpose of the research identifies a specific hypothesis. The researcher(s) collects data to test the hypothesis. The researcher(s) then analyzes and interprets the data via a variety of statistical methods, engaging in what is known as Empirical research. The results of the data analysis in confirming or failing to reject the Null hypothesis are then reported and evaluated. At the end the researcher may discuss avenues for further research.

Primary scientific research being carried out at the Microscopy Laboratory of the Idaho National Laboratory.

Generally, research is understood to follow a certain structural process. Though step order may vary depending on the subject matter and researcher, the following steps are usually part of most formal research, both basic and applied: 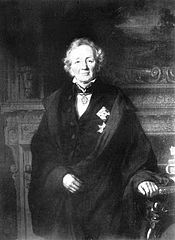 German historian Leopold von Ranke (1795-1886), considered to be one of the founders of modern source-based history.

The historical method comprises the techniques and guidelines by which historians use historical sources and other evidence to research and then to write history. There are various history guidelines commonly used by historians in their work, under the headings of external criticism, internal criticism, and synthesis. This includes lower criticism and sensual criticism. Though items may vary depending on the subject matter and researcher, the following concepts are usually part of most formal historical research:[8]

The goal of the research process is to produce new knowledge, or deepen understanding of a topic or issue. This process takes three main forms (although, as previously discussed, the boundaries between them may be obscure.):

The research room at the New York Public Library, an example of secondary research in progress.

In social sciences and later in other disciplines, the following two research methods can be applied, depending on the properties of the subject matter and on the objective of the research:

The Quantitative data collection methods, rely on random sampling and structured data collection instruments that fit diverse experiences into predetermined response categories. They produce results that are easy to summarize, compare, and generalize.Quantitative research is concerned with testing hypotheses derived from theory and/or being able to estimate the size of a phenomenon of interest. Depending on the research question, participants may be randomly assigned to different treatments. If this is not feasible, the researcher may collect data on participant and situational characteristics in order to statistically control for their influence on the dependent, or outcome, variable. If the intent is to generalize from the research participants to a larger population, the researcher will employ probability sampling to select participants.[10]

Research is often conducted using the hourglass model structure of research.[11] The hourglass model starts with a broad spectrum for research, focusing in on the required information through the methodology of the project (like the neck of the hourglass), then expands the research in the form of discussion and results. 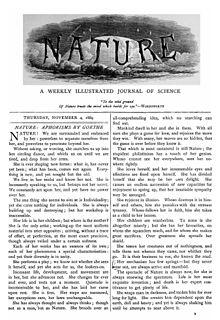 Academic publishing describes a system that is necessary in order for academic scholars to peer review the work and make it available for a wider audience. The system varies widely by field, and is also always changing, if often slowly. Most academic work is published in journal article or book form. In publishing, STM publishing is an abbreviation for academic publications in science, technology, and medicine.

Most established academic fields have their own journals and other outlets for publication, though many academic journals are somewhat interdisciplinary, and publish work from several distinct fields or subfields. The kinds of publications that are accepted as contributions of knowledge or research vary greatly between fields; from the print to the electronic format. Business models are different in the electronic environment. Since about the early 1990s, licensing of electronic resources, particularly journals, has been very common. Presently, a major trend, particularly with respect to scholarly journals, is open access. There are two main forms of open access: open access publishing, in which the articles or the whole journal is freely available from the time of publication, and self-archiving, where the author makes a copy of their own work freely available on the web.

Most funding for scientific research comes from three major sources: Corporate research and development departments; Private Foundations, for example, Bill and Melinda Gates Foundation, and government research councils such as the National Institutes of Health in the USA[12] and the Medical Research Council in the UK. These are managed primarily through universities and in some cases through military contractors. Many senior researchers (such as group leaders) spend a significant amount of their time applying for grants for research funds. These grants are necessary not only for researchers to carry out their research, but also as a source of merit.

Original research is research that is not exclusively based on a summary, review or synthesis of earlier publications on the subject of research. This material is of a primary source character. The purpose of the original research is to produce new knowledge, rather than to present the existing knowledge in a new form (e.g., summarized or classified).[13][14]

Original research can take a number of forms, depending on the discipline it pertains to. In experimental work, it typically involves direct or indirect observation of the researched subject, e.g., in the laboratory or in the field, documents the methodology, results, and conclusions of an experiment or set of experiments, or offers a novel interpretation of previous results. In analytical work, there are typically some new (for example) mathematical results produced, or a new way of approaching an existing problem. In some subjects which do not typically carry out experimentation or analysis of this kind, the originality is in the particular way existing understanding is changed or re-interpreted based on the outcome of the work of the researcher.[citation needed]

The degree of originality of the research is among major criteria for articles to be published in academic journals and usually established by means of peer review.[citation needed] Graduate students are commonly required to perform original research as part of a dissertation.[15]

The controversial trend of artistic teaching becoming more academics-oriented is leading to artistic research being accepted as the primary mode of enquiry in art as in the case of other disciplines.[16] One of the characteristics of artistic research is that it must accept subjectivity as opposed to the classical scientific methods. As such, it is similar to the social sciences in using qualitative research and intersubjectivity as tools to apply measurement and critical analysis.[citation needed]

Artistic research has been defined by Dans och Cirkushögskolan (the University of Dance and Circus), Stockholm in the following manner - "Artistic research is to investigate and test with the purpose of gaining knowledge within and for our artistic disciplines. It is based on artistic practices, methods and criticality. Through presented documentation, the insights gained shall be placed in a context."[17] Artistic research aims to enhance knowledge and understanding with presentation of the arts [18]