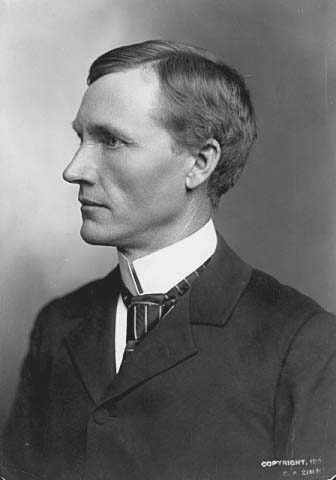 John Lind (, ndash , ) was an American . He was born in Kånna, in in and emigrated to the with his parents when he was thirteen years old. He served in the in 1898. A former teacher and superintendent, he later graduated from the .

He served as a Republican in the from , to , in the 50th, 51st, and 52nd congresses. He had a falling out with the Republicans after serving in the U.S. House. Lind ran for governor as a Democrat and served as the 14th from , , to , . He had also been endorsed by the Populists and Silver Republicans.

Lind also served in the from , , to , , as a Democrat. When he was elected Governor of Minnesota, he was the first non-Republican to hold that office in forty years. He died in 1930 in .

Following the assassination of Mexican President and Vice President on , , it became clear that U.S. Ambassador was complicit in the plot. As soon as the new U.S. President and Secretary of State assumed office on , , they sent John Lind to as Wilson's personal envoy for Mexican affairs.

Lind was known for having a temper. According to an article on the front page of the Moose Lake (MN) Star on January 17, 1901: "Ex-governor John Lind after having freed himself from the duties of governor last Thursday walked down to the Dispatch office in St. Paul and administered to Editor Black a well-deserved licking. For a one armed man John Lind can make some telling blows once in a while."