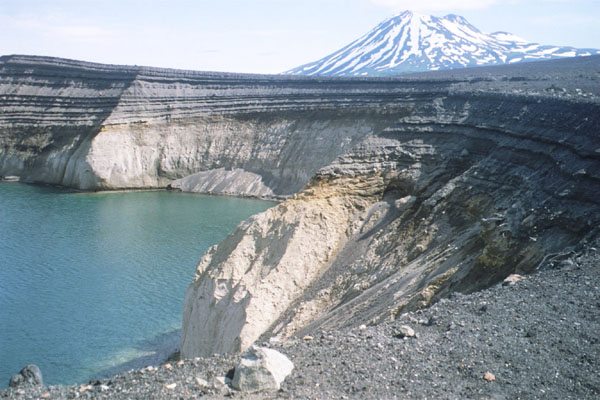 map_caption=Map showing volcanoes on the Alaska PeninsulaThe Aleutian Range is a major of southwest , extending from (80 miles/130 km southwest of Anchorage) to , at the tip of the . It includes all of the mountains of the Peninsula. It is especially notable for its large number of active es. The mainland part of the range is about 600 miles (1000 km) long; the are (geologically) a partially submerged western extension of the range that stretches for another 1,600 km (1000 mi). However the official designation "Aleutian Range" includes only the mainland peaks and the peaks on Unimak Island.

The range is almost entirely roadless , and , a large national park within the range, must be reached by boat or plane.The core Aleutian Range can be divided into three mountain groups. Listed from southwest to northeast, they are:
* Mountains of the and
*
* See for the continuation of the range to the west of Unimak Island.Also, just to the north of the Aleutian Range, and sometimes considered part of it, are the
.