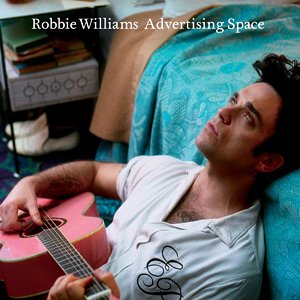 
"Advertising Space" is a song by British pop , it was released as the third single from his album "Intensive Care" in , and reached number 8 on the .

"Advertising Space" draws from ’s movie "", where ’s character is able to speak to the spirit of . Elegiac and mournful, it describes a superstar's tragic fall from grace.

In the video, largely filmed in a room above the Belle Vue pub in in the United Kingdom, Williams emulates Elvis in movement, appearance, and habits.

These are the formats and track listings of major single releases of "Advertising Space".