Changanacherry (Malayalam: ചങ്ങനാശ്ശേരി) is a municipal town in Kottayam district in the state of Kerala, India, located 20 km south of Kottayam and 7 km north of Thiruvalla on the Main Central road. 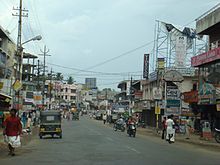 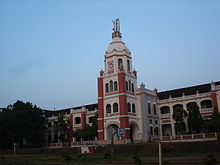 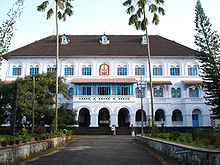 Changanacherry assembly constituency was a part of Kottayam (Lok Sabha constituency).[2] However, after the Delimitation Commission's Report in 2005 in order to retain Mavelikkara Lok Sabha Constituency, Changanassery segment in Kottayam and the neighbouring constituencies in Alappuzha and Kollam districts were put together under Mavelikkara constituency.

N.S.S. Training college Changanacherry, Kerala was estsablished in the year 1954 by Nair Service Society, the biggest corporate educational agency in Kerala. It is an aided college affiliated to the Mahatma Gandhi University, Kottayam and is managed by Nair Service Society . The college comes under control of the Zonal Deputy Director of Collegiate Education, Kottayam. The institution is recognized by NCTE and accredited with B++ level by the National Assessement and Accreditation Council. The institution has been rendering outstanding contributions to the society ever since its establishment in the year in 1957.