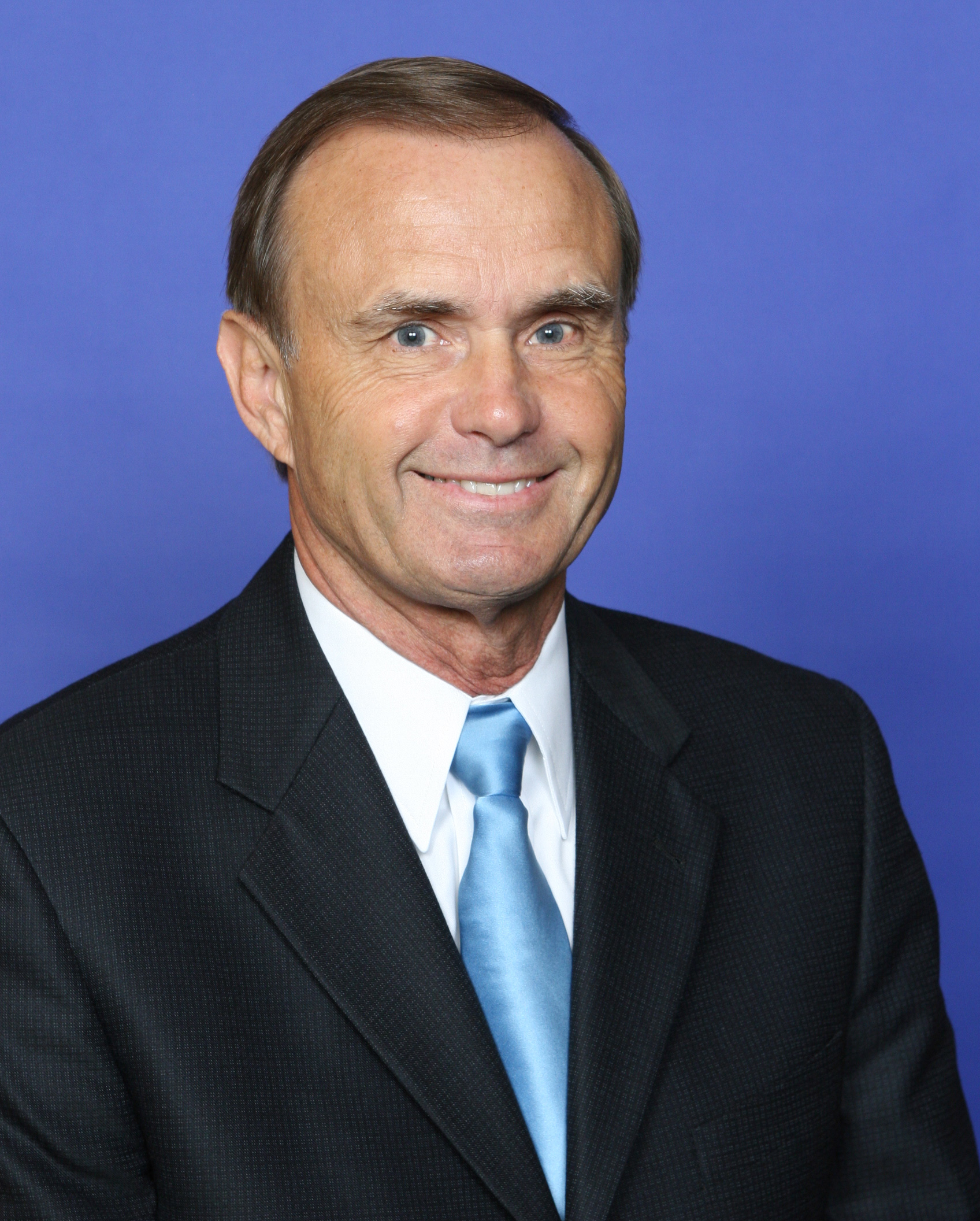 Brian Phillip Bilbray (born , ) is a U.S. Republican , who is a member of the , first serving from 1995 to 2001, representing ushr|California|49|. After that, he was a registered lobbyist. On , , Bilbray won a special election as representative for ushr|California|50| to serve out the remaining seven months of the term of fellow Republican former Representative Randy "Duke" Cunningham, who resigned after pleading guilty to accepting $2.4 million in bribes. Bilbray won re-election in the November 2006 general election.

Bilbray was born in , and grew up in . He graduated from and attended Southwestern College, a community college in . He worked as a tax consultant before entering politics.

He and his wife, the former Karen Walker, have five children. He is a cousin of former Democratic Representative .

Bilbray became interested in politics when an extensive program of eminent domain was proposed for Imperial Beach. He ran successfully for the city council as a populist, serving during 1976–1978, and was mayor during 1978–1985.

As mayor, Bilbray attempted to build a yacht marina in the and to build a 1.5 mile breakwater off of the beach of Imperial Beach. [ [http://www.grist.org/comments/dispatches/2004/10/15/dedina/ "Terminal With Extreme Prejudice", "Grist Magazine", 2004-10-15] and "Fights Break Out Over River Damming" by Lori Shein, reprinted in "Language Arts" High School Curriculum for the Tijuana Estuary (California State Parks)] Both projects were stopped by the opposition of local environmentalists and surfers. The Estuary is now a and California State Park. The breakwater project was halted with the help of the then fledgling Surfrider Foundation. Bilbray often took on a bureaucracy that he felt was sometimes too slow. For example, frustrated when sewage from Mexico caused closure of his city's beaches and government agencies did too little to solve the problem, Bilbray summoned the news media, hopped aboard an earthmover, and began building a dam.

From 1985 to 1995, Bilbray was a member of the . He was a principal architect of the calamitous trash-to-energy recycling plant in San Marcos, a debacle that, for the county, was the equal of the city of San Diego's pension disaster. [Logan Jenkins, http://www.signonsandiego.com/uniontrib/20051203/news_1mi3jenkins.html] [ [http://www.co.san-diego.ca.us/cnty/cntydepts/safety/grand/section4.html "The County's Ill-Fated Trash Venture"] , final report of the San Diego County Grand Jury, 1997–1998]

In 1994, Bilbray won the Republican nomination for the ushr|California|49|49th district, now the 53rd district, which included most of , and defeated freshman Democrat in the Republican landslide of that year. The 53rd was one of several marginal districts to go Republican in that cycle; Schenk had been the only Democrat to represent the district since its creation in 1953.

Bilbray was reelected twice. In 2000, he was defeated by State Assemblywoman .

*From May 2002 until July 2005, Bilbray was a consultant for the , a conservative anti-immigration lobbying group founded by . He is currently on FAIR's board of advisors. In 2006, Bilbray received nearly $10,000 in campaign contributions from members of FAIR's board of directors: Nancy Anthony, Sharon Barnes, General Douglas E. Caton, Sarah Epstein, Stephen Swensrud and Alan Weeden. [ [http://www.opensecrets.org/ OpenSecrets.org] ]

The race to assume Cunningham's seat was highly contested, especially on the Republican side, with 14 Republicans (compared with only 2 Democrats) officially running for the position. Leading up to the initial all-candidate election that would determine the parties' candidates in a runoff election, Bilbray was in a virtual tie with Republican businessman Eric Roach [http://sdpolitics.blogsome.com/2006/04/07/] , slightly ahead of former . Four days prior to the election, businessman Alan Uke, one of the major Republican candidates, ran an attack ad accusing Roach of thousands of jobs at the expense of American workers. [http://sdpolitics.blogsome.com/2006/04/07/uke-attacks-roach-for-outsourcing/#comments] In the initial all-party special election on , , Bilbray was the Republican candidate with the most votes, receiving 15.26% of the total vote to Roach's 14.50%. He then faced the top votegetters of all the other parties in a on , : Democrat , Libertarian Paul King, and William Griffith, an independent.

During the campaign, Arizona Senator cancelled a planned fundraiser for Bilbray at the last minute, after Bilbray called McCain's immigration bill "amnesty" for illegal immigrants. [ [http://www.signonsandiego.com/news/politics/50thdistrict/20060531-9999-1mi31mccain.html "McCain Pulls out of Bilbray Fundraiser", San Diego "Union-Tribune", 2006-05-31] ] McCain later contributed money to Bilbray's campaign and voiced a radio commercial for the in support of Bilbray's race against Busby [ [http://www.newsmax.com/archives/ic/2006/6/4/154922.shtml "McCain Cancels Appearance at Bilbray Event"2006-06-04] ] .

Bilbray won the runoff with 49% of the vote, and was sworn in on , as a member of the Congress. The 's Voting Rights Institute raised several concerns about the fairness and accuracy of the vote count. [cite web| last =Moore| first =Greg | title =DNC Voting Rights Institute on CA-50 Special Election| publisher = | date =2006-07-14| url =http://www.democrats.org/a/2006/07/dnc_voting_righ.php| accessdate =2007-04-03] An election contest lawsuit sought a hand recount. Interestingly enough, Bilbray was quickly sworn in before the vote count was official. [ [http://www.scoop.co.nz/stories/HL0608/S00316.htm Congressional Election Nullified – Nobody Noticed] , , 25 August 2006] The court dismissed the suit on the basis that, once the House of Representatives had sworn in Bilbray, the court lacked to hear the challenge. [Citation| last = LaVelle| first =Philip J.| title =Judge throws out suit seeking to void election of Rep. Bilbray| newspaper =| year =2006| date =August 30, 2006| url = http://www.signonsandiego.com/news/politics/20060830-9999-1mi30vote.html]

During the 109th Congress Congressman Brian Bilbray served on the House Armed Services, Veterans Affairs and Government Reform Committees. Since his swearing in June Congressman Bilbray co-authored legislation that led to the transfer of the Mount Soledad Veteran's Memorial from the City of San Diego to the federal government. He also authored legislation that would have reformed the federal budget process.

Bilbray and Busby each won their party's primary, and faced each other again in the November general election.

With the advantage of incumbency and the Republican edge in registrations in the district, Bilbray was initially a clear favorite to win in November. Both the "Cook Political Report" and "CQPolitics" first rated the race as "Republican Favored". But Busby gained in October, with a late-October poll by SurveyUSA showed Bilbray ahead by just 3 points, for a number of reasons: the general political climate seen as disadvantageous to the GOP, Busby's outraising Bilbray, and Bilbray's low profile campaign. On October 23, "CQPolitics" changed their rating to "Leans Republican". [cite news | title=Busby Rallying in Calif. 50 Months After Special Election Loss | author=Rachel Kapochunas | url=http://www.cqpolitics.com/2006/10/busby_rallying_in_calif_50_mon.html | date=2006-10-23 | publisher=CQPolitics.com]

In the 2006 midterm election, Bilbray defeated Busby by a margin of 54.2%-43.5%. Bilbray ran as an opponent of illegal immigration.

Since his loss to Congresswoman Susan Davis in 2001 Congressman Bilbray has maintained residences and properties in , , and . In response to requests to District Attorney , by the local Democratic Party and neighbors of the congressman, a San Diego County was convened to investigate claims against Bilbray's declared residency for the special and general elections in 2006. [cite news|title=Neighbor: Bilbray being investigated by grand jury|author=William Finn Bennett|url=http://nctimes.com/articles/2006/10/27/election2006/sandiego/20_50_4910_26_06.txt|date=2006-10-26|publisher=""] . The investigation was dropped in May 2007.Fact|date=June 2007

Bilbray was also involved with now-imprisoned lobbyist ; Bilbray benefited from congressional trips arranged by Abramoff for lobbying purposes, including the , a former territory of the United States. [cite news|title=Ex-congressman Bilbray burdened by lobbyist label|author=Dana Wilkie|url=http://www.signonsandiego.com/news/politics/50thdistrict/20060327-9999-1n6bilbray.html|date=2006-03-06|publisher=""]

During his first stint in Congress, Bilbray was one of the more moderate members of the Republican freshman class of 1994 when he ran in the more liberal 49th district (which is now the 53rd district). He was moderate on most social issues while conservative on illegal immigration and fiscal matters. [ [http://www.issues2000.org/ca/Brian_Bilbray.htm Brian Bilbray on the Issues ] ] [ [http://www.signonsandiego.com/news/politics/20060607-0052-7n7duke.html SignOnSanDiego.com > News > Politics - Bilbray edges out Busby ] ]

During his second run for Congress in the 50th district, Bilbray took a strong stand against illegal immigration and won over many of the district's more conservative voters. After Congress reconvened in 2007, Bilbray joined the conservative .

Bilbray was given a 93% Bush support score by in 2006, indicating that he voted in agreement with President Bush 93% of the time. [ [http://www.cqpolitics.com/wmspage.cfm?parm1=57] ]