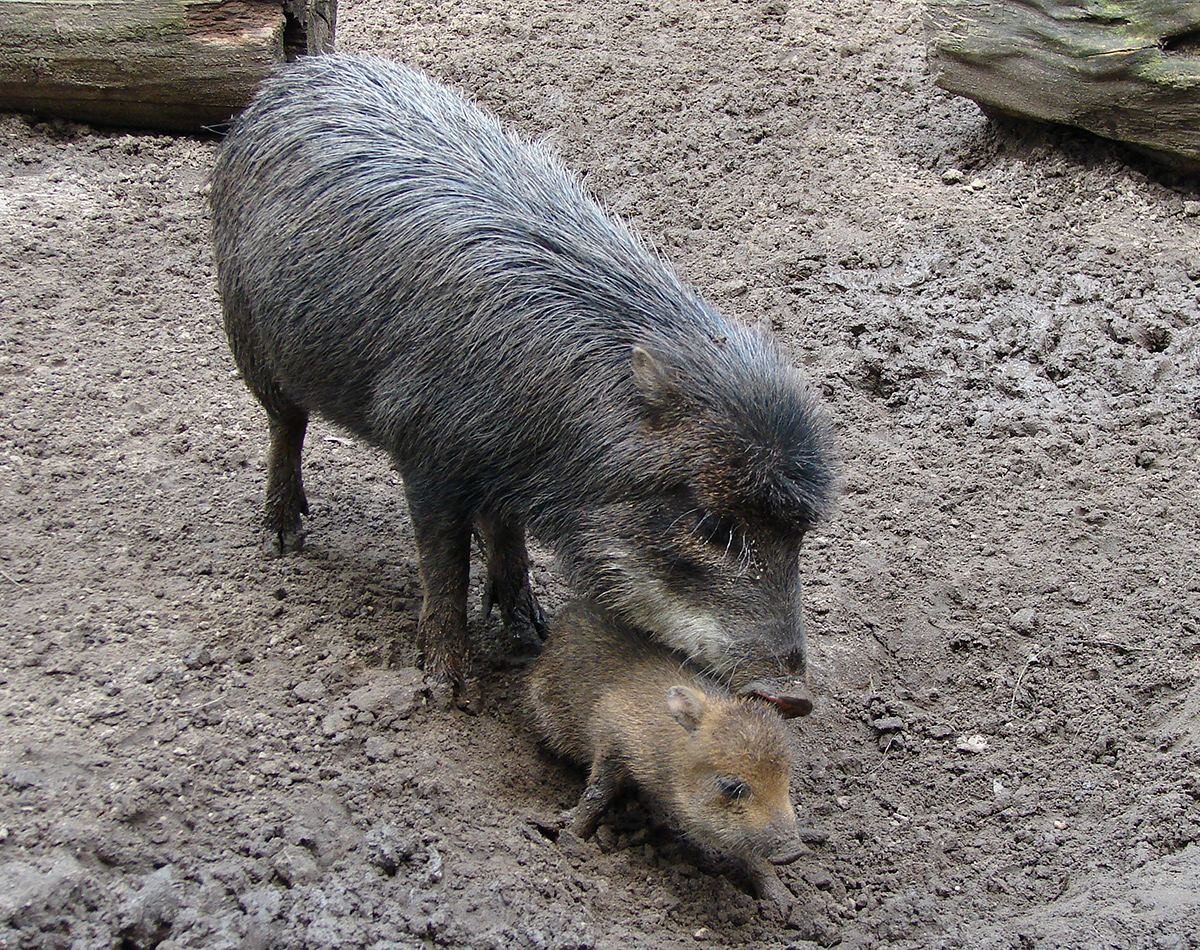 The White-lipped Peccary, "Tayassu pecari", "Tayassu albirostris", is a found in Central and , living in rainforest, dry forest and chaco scrub. It was considered the largest species, until the was discovered.

The White-lipped Peccary is diurnal and lives in large herds of 50 to 300+ individuals, though there have been reported sightings of up to 2,000 individuals. It is an animal, feeding on fruits, roots, tubers, palm nuts, grasses and invertebrates.

Like the , it is a main prey species of the and, less frequently, of the .

The White Lipped Peccary is widely considered the most dangerous peccary; unlike the rather shy Collared Peccary, the White Lipped species will charge at any enemy if cornered, and when one of them is injured, the entire herd returns to defend it. There are many reports of jaguars being killed and ripped into pieces by angered peccary herds, and even some humans have been killed.Fact|date=February 2007 However, these fatalities are nothing compared with the number of peccaries killed by humans every year.