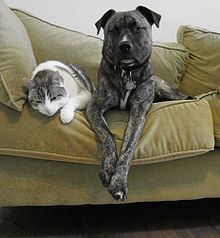 A cat and dog, the two most popular animals kept as pets.

A pet is a household animal kept for companionship and a person's enjoyment, as opposed to wild animals or to livestock, laboratory animals, working animals or sport animals, which are kept for economic or productive reasons. The most popular pets are noted for their loyal or playful characteristics, for their attractive appearance, and/or for their song. Pets also generally seem to provide their owners with non-trivial health benefits;[1] keeping pets has been shown to help relieve stress to those who like having animals around. There is now a medically-approved class of "therapy animals," mostly dogs, that are brought to visit confined humans. Walking a dog can provide both the owner and the dog with exercise, fresh air, and social interaction. The most popular pets are dogs and cats, but there are also rodent pets, such as gerbils, hamsters, chinchillas, fancy rats, and guinea pigs, and avian pets, such as canaries, parakeets, or parrots.

In many locations, animals that are considered pets by their owners but are legally classified as livestock, including horses, pigs, camelids, and fowl may be banned from being kept within the city limits or restricted to property of a certain larger size.

The cities of Berkeley, California and Boulder, Colorado have passed laws stating that people who have pets do not "own" them; rather, they are the pet's "guardian."[citation needed]

Around 63% of all U.S. households (71.1 million) have pets, and more than half of these households have more than one animal.[2] The two most popular pets in most Western countries have been cats and dogs. In the United States, a 2007-2008 survey showed that dog-owning households outnumbered those owning cats, but that the total number of pet cats was higher than that of dogs. The same was true for 2009-2010.[3]

Choice of a pet

The average cost of a dog over its lifetime is estimated at about £20,000 (USD33,152).[6] People most commonly get pets for companionship, to protect a home or property, or because of the beauty/attractiveness of the animals.[7] The most common reasons for not owning a pet are lack of time, lack of suitable housing, and lack of ability to care for the pet when traveling.[7] 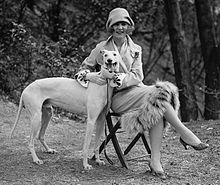 Margaret Gorman with her pet Greyhound in April 1925

In Canada the latest survey done by Colin Siren of Ipsos Reid it is estimated that there are 7.9 million cats and 5.9 million dogs in Canada. The survey also shows that 35% of Canadian households have a dog, while 38% have a cat, which is consistent with other surveys conducted around the world.[9]

A 2007 survey by the University of Bristol found that 26% of UK households owned cats and 31% owned dogs, estimating total domestic populations of approximately 10.3 million cats and 10.5 million dogs in 2006.[10] 47.2% of households with a cat had at least one person educated to degree level, compared with 38.4% of homes with dogs.[11]

Animal protection advocates call attention to pet overpopulation in the United States. According to the Humane Society of the United States, 3-4 million dogs and cats are euthanized each year in the country and many more are confined to cages in shelters. This situation is created by nonneutered animals (spayed/castrated) reproducing and people intentionally breeding animals. A particularly problematic combination of economic hardship combined with a love of animals contributes to this problem in parts of the rural United States.[12] There are also major overpopulation problems with other pet species, such as birds and rabbits. Local humane societies, Societies for the Prevention of Cruelty to Animals (SPCAs), and other animal protection organizations urge people to neuter their pets and to adopt animals from animal shelters instead of purchasing them from breeders or pet stores.

Keeping animals as pets may become detrimental to their health if certain requirements are not kept. An important issue is the inappropriate feeding, which may produce clinical effects (like the consumption of chocolate by dogs). Passive smoking is another recurring problem, aggravated by the fact that fur animals groom themselves, which means taking in extra harmful substances that have landed on their fur, not just those inhaled.

Effects of pets on their caregiver's health

Pets have the ability to stimulate their caregivers, in particular the elderly, giving people someone to take care of, someone to exercise with, and someone to help them heal from a physically or psychologically troubled past.[13] Having a pet may help people achieve health goals, such as lowered blood pressure, or mental goals, such as decreased stress.[14][15][16][17][18][19] There is evidence that having a pet can help a person lead a longer, healthier life. In a study of 92 people hospitalized for coronary ailments, within a year 11 of the 29 without pets had died, compared to only 3 of the 52 who had pets.[13] Pet ownership was shown to significantly reduce triglycerides, and thus heart disease risk, in the elderly.[20]A recent study concluded that owning a pet can reduce the risk of a heart attack by 2% and that pets are better than medication in reducing blood pressure.[citation needed] Owning a pet can also prolong survival of a heart attack.[21] Dogs which are trained to be guide dogs can help people with disabilities. Dogs that are trained in the field of Animal-Assisted Therapy (AAT) can also benefit people with disabilities.

Even pet owners residing in a long-term care facility, such as a hospice or nursing home, experience health benefits from pets. Pets for nursing homes are chosen based on the size of the pet, the amount of care that the breed needs, and the population and size of the care institution.[13] Appropriate pets go through a screening process and, if it is a dog, additional training programs to become a therapy dog.[22] Different pets require varying amounts of attention and care; for example, cats have lower maintenance requirements than dogs.[23]

Health risks that are associated with pets include:

While many people have kept many different species of animals in captivity over the course of human history, only a relative few have been kept long enough to be considered domesticated. Other types of animals, notably monkeys, have never been domesticated but are still commonly sold and kept as pets. There are also inanimate objects that have been kept as "pets", either as a form of game, or humorously (e.g. the pet rock).

Domesticated pets are the most common types of pet. They have consistently been kept in captivity over a long enough period of time that they exhibit marked differences in behavior and appearance from their wild relatives.

Wild animals are often kept as pets. The term wild in this context specifically applies to any species of animal which has not undergone a fundamental change in behavior to facilitate a close co-existence with humans. Some species listed here may have been bred in captivity for a considerable length of time, but are still not recognized as domesticated. Many of these pets, like insects and fish, are kept as a hobby, rather than for companionship.

In the period of 2002 to 2005, 30,994,254 were bred for the pet trade. Girondot M . Sex In Common Pet Turtles . WebmedCentral VETERINARY MEDICINE 2010;1(10):WMC00877 Turtles rank fifth as the most common pet behind dogs, cats, fish, and birds. American Pet Product Manufacturers Association. 2011. A turtle is considered a common household pet. (Common household pet means: “A domesticated animal, such as a dog, cat, bird, rodent (including a rabbit), fish, or turtle, that is traditionally kept in the home for pleasure rather than for commercial purposes. Common household pet does not include reptiles (except turtles). “ 24 CFR (Code of Federal Regulations) 5.306 (Title 24 - Housing And Urban Development; Subtitle A - Office Of The Secretary, Department Of Housing And Urban Development; Part 5 -General HUD Program Requirements; Waivers; Subpart C - General Requirements)) 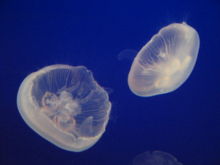 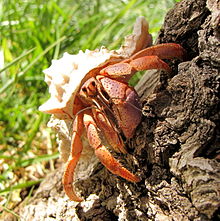 The Caribbean hermit crab is one example of a pet arthropod.