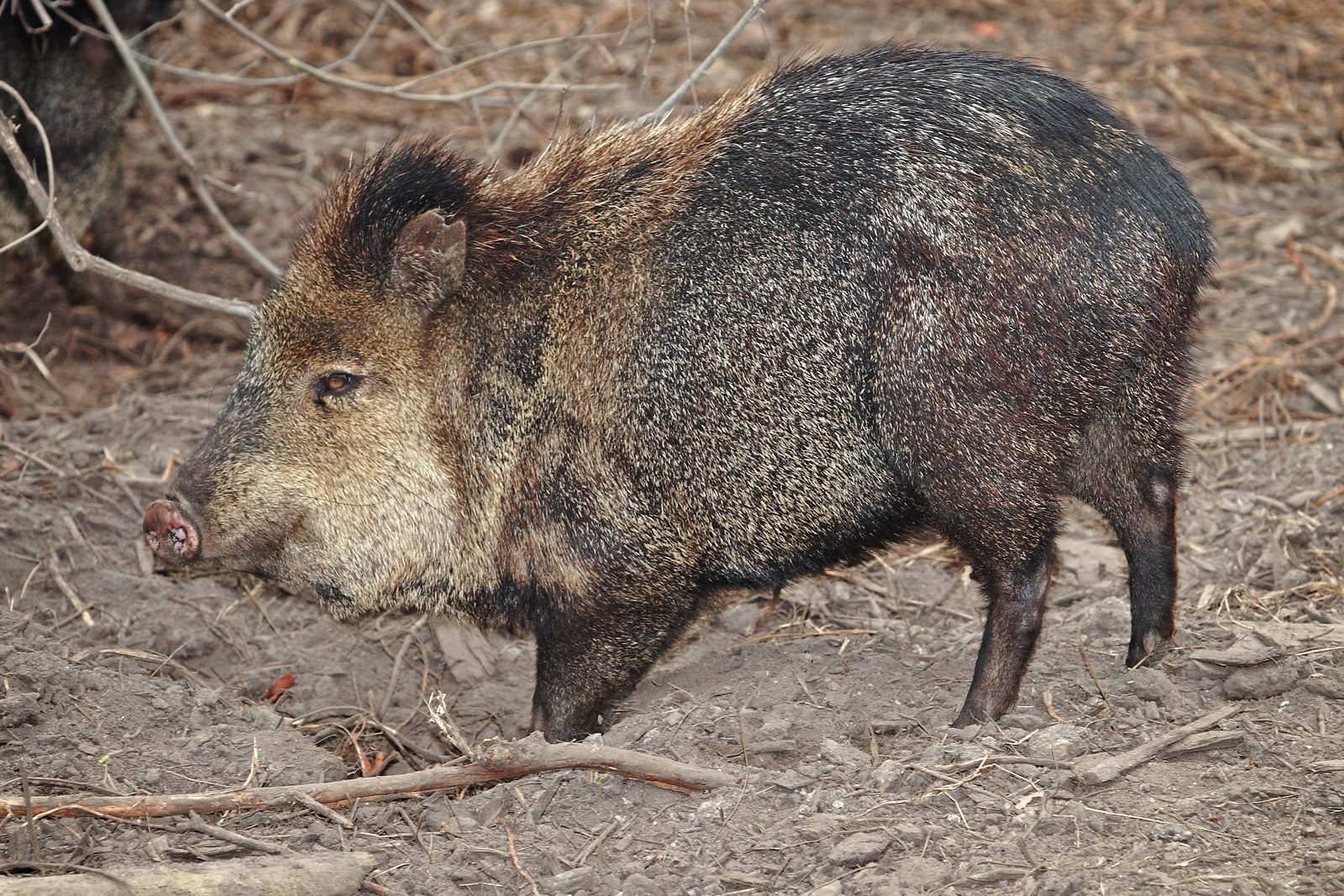 Collared Peccary, "Pecari tajacu", is a species found in North, Central and , living in many habitats, such as the , , deep , , , and . They are commonly referred to as Javelina, although this term is also used to describe the other two species of peccary.

Collared peccaries are diurnal and live in groups of 1 to 20 individuals, usually 6 to 9. They feed on fruits, roots, tubers, palm nuts, grasses, invertebrates and small vertebrates. They usually sleep at night in burrows, usually under the roots of trees.

It is sometimes called a "musk hog" because of the very strong odor it releases, especially when alarmed. In some areas of the Southwestern United States they have become habituated to human beings and live in "relative" harmony with them in such areas as the suburbs of cities where there are still relatively large areas of brush and undergrowth to move through.