Bangladesh is traditionally very rich in its musical heritage. From the ancient times, music documented the lives of the people and was widely patronized by the rulers.

Bangla music in ancient times was mostly linked to prayer. Most folk songs are related to some sort of praise of the gods and their creation. Songs were associated with particular groups of people, such as fishermen, cart-drivers, hermits and so on. Most songs were based on classical themes.

Modernisation of Bangla music occurred at different times and most of these modernisation processes happened independently of western influence. Most notable of these changes were:

The music of Bangladesh can be broadly categorized among the following genres:

The three main categories are Classical, folk and Western-influenced pop.[1] 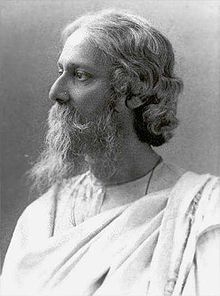 Rabindra sangeet origins from the works of Rabindranath Tagore

Rabindra sangeet is one of the best-known genres of Bangla music outside Bengal. Its origin is found in the work the poet Rabindranath Tagore. 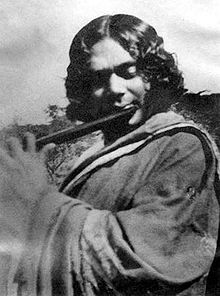 Nazrul Sangeet origins from the works of Kazi Nazrul Islam

Nazrul Sangeet, literally meaning "music of Nazrul", are the works of Kazi Nazrul Islam, some 4,000 songs composed by the national poet of Bangladesh and active revolutionary during Indian independence movement.

Nazrul Sangeet incorporate revolutionary notions as well as more spiritual and philosophical themes. Islam used his music as a major way of disseminating his revolutionary notions, mainly by the use of strong words and powerful but catchy tunes. Islam also incorporated influences from Western India. He played an active role in carrying out a fusion between Western Indian ghazals and traditional Bengali classical music. (Ghazals are poems in Urdu presented with a semi-classical tune, popular in Western India.) Nazrul geetis that do not incorporate themes of protest essentially form what is now called Bangla ghazal. The music involves variation on ragas (modes) along with complicated timing based almost entirely on vocal work and complex structure.

Due to Islam's dedicated nature and lifestyle, Nazrul geeti was not mainstream for a very long time (and possibly still is not as commercially promoted as Rabindra sangeet). Bangladeshi singer and composer Firoza Begum played a very big role in popularising Nazrul geeti in both Bangladesh and West Bengal. Sohorab Hossain, Ferdous Ara, Shabnam Mushtari, also played a crucial role in making Nazrul geeti mainstream.

Bangla folk music has a long history. Several people contributed to what has become one of the most important musical influences in lives of Bengalis on both sides of the (West Bengal-Bangladesh) border. Among these are Lalon Fokir, Hason Raja and Ramesh Shill. Abbas Uddin was a key player in popularising folk music later on. 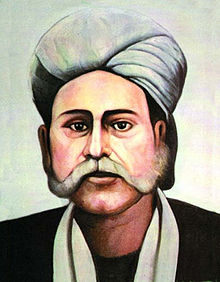 Folk music can clearly be distinguished and classified into several sub-genres:

Of these several groups, Baul song is best known and was further enriched by works of Lalon.

All folk songs are characterised by simple musical structure and words. Before advent of radio, stage performances of folk singers used to be possibly the only entertainment for the vast rural population of Bengal. After arrival of new communication and digital media, many of the folk songs were modernised and incorporated into modern songs (Adhunik songeet).

Baul has been such a huge influence in Bangladeshi music that it deserves being called a genre on its own. However, although Baul geeti can be characterised by particular nature of music and presentation, in general, the genre is actually also defined by a definite cult. In order to understand Baul geeti, it is necessary to understand its creators.

Baul is almost exclusively performed by Bauls (hermits) who are followers of Sufism in Bangladesh. (Note that traditionally bauls were Hindus; Sufism was started following the lifestyle of Lalon Shah.) In Bangladesh, in the early days of Bauls who claimed to be Muslims, with greater focus on love of the society and harmony with nature, baul geeti had to go through a major struggle of survival as did the Bauls themselves. Bauls were subjected to harsh teasing and isolation. However, with time, Islamists were forced by the general population to accept the Bauls and their spiritual music as part of the society.

Current day Bauls in Bangladesh are Sufis. Most live simple lives on an absolute minimum, earned mainly from performing their music. Baul songs always incorporate simple words expressing songs with deeper meanings involving Creation, society, lifestyle and human emotions. The songs are performed with very little musical support to the main carrier, the vocal. Bauls, bohemian by nature and belief, leave on grand expeditions, writing and performing music on their entire trip to earn living and disseminate notion of love and spirituality.

Ektara (literally, the one-string), Dotara (literally, the two-strings), ba(n)shi (flute made from bamboo shoot)) and cymbals are used in the presentation of Baul geeti. Although, in recent days, Baul geeti has lost popularity mainly due to disruption of the lifestyle of the bauls by urbanisation and westernisation, the songs have permanently altered Bangla music, especially in the form of Lalon geeti.

Baul songs were hugely promoted by Fakir Alamgir and Feroz Shahi in Bangladesh.

Lalon geeti is the work of composer and philosopher, Lalon Shah (also known as Lalon Fokir). Most of his songs are extensions of Baul geeti. However, his songs are always more philosophical in nature, involving greater thought about abstract themes.

Lalon geeti originated in Kushtia and has been popularised throughout the two Bengals (West Bengal and Bangladesh) by various artists. Among the proponents of Lalon geeti, Farida Parveen is particularly worth mentioning for her extensive work in modernising tunes.

Adhunik songeet literally means "modern songs". Although, to outsiders, this may seem an extremely ambiguous way of nomenclature, it has particular motivations.

Bangla music traditionally has been classified mainly by the region of origin and the creators of the musical genre, such as Nazrul geeti (written and composed by Kazi Nazrul Islam), ghombhira (unique to a specific area in Bangladesh), etc. However, this prevented the ability to classify any music that failed to fit into any of the classes.

In the period just before Indian independence (Bengal, under British rule, was a part of one massive India that does not exactly correspond to the India of current day), several new minor musical groups emerged, mainly as playback songs for movies. These songs failed to fit into any particular genre, but seemed to be tied together by common theme of "music for the masses". Most of the music tended to be aimed at the mainstream audience - popular catchy tunes with simple words that were far moved from the classical ragas (modes). Hence, a miscellaneous category, Adhunik songeet, was created, since, at that time, this music was "modern".

Although over time these so-called "modern" songs have become fairly old, they continue to be called by the same name. Interestingly, this group of song has grown faster than any other, since it is a miscellaneous category that can accommodate anything that fails to fit elsewhere. The common theme continues to exist. So, although the nomenclature itself might not be as insightful, the genre itself is still well-defined.

In the post-independence period, Adhunik songeet continued to attract large proportiones of music enthusiasts. However, with time, newer generations demanded more upbeat music. Starting late 80's, music involving political theme have started to gain popularity once again, in a similar fashion to growth of Nazrul geeti had gained popularity during the revolution against the British Monarch and the War of Independence of Bangladesh. 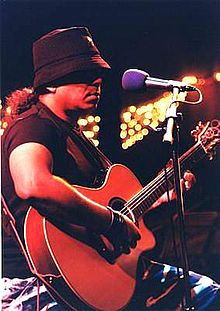 Pop music initially started with the so-called band music. And as the name suggests, the music was heavily influenced by Western Music. The greatest contributors to pop or pop-rock music also included the following singers:

Artists of the "Adhunik Gaan" and folk (especially new wave) genre also contributed to the pop music from time to time.

The popularity of the band music was started enormously with the music of some famous band groups which had some mixed flavor of our melody with Western pop-rock stream.

]) and James (Faruk Mahfuz Anam) (associated with Feelings and, later, Nogor Baul) contributed in popularizing rock music. However, hard-rock did not begin until arrival of bands like Ark Rockstrata, and later Warfaze among many others in the early 90s.

Actually the bengali rock songs became popular after featuring Ark's (Tajmohol),(Janmabhumi),(Shadhinota), James (Thik ache bondhu) etc. albums. Both Hasan (Ark) and James proved their ability as a world class rocker in those albums and they never looked behind.

Pop/Rock Vocalists And some Bands

In 2009, Mushfiqul Alam initiated instrumental/compositional genre in Bangladesh with his successful debut album Tunes Of Heaven.[2] This album became popular among listeners of Bangladesh who were very fond of compositions of Beethoven, Yanni and Kenny G.