Lords of the Underground

Lords of the Underground 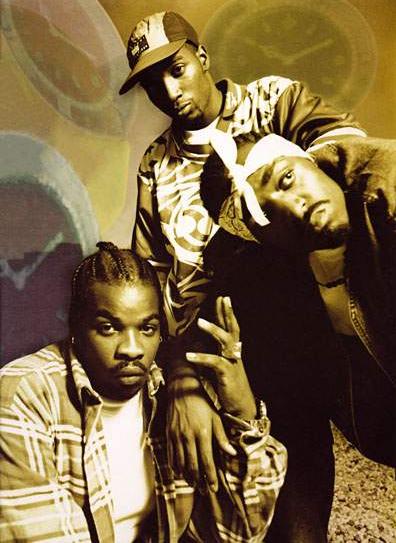 The three are perhaps best remembered for the singles "Funky Child", "Chief Rocka" and "Tic Toc"; all of which were wildly eccentric manifestos. The for "Funky Child" features one of the group members parading around in a diaper.

In their initial releases, their first two s "Here Come The Lords" (1993) and "Keepers of the Funk" (1994), earned them an award from in 1993 . They collaborated with George Clinton; their second album's title track, which samples his work, features him in a cameo. The track is generally more abrasive and less conventionally tuneful in its instrumentation than most of their work.

posturing was rhetorically referenced, but never outright indulged in, by the group, except on their 1995 single "Burn Rubber", which took a cavalier pro- attitude and featured a line where Mr. Funke unapologetically said he'd "even jeopardize [his] friends" for the sake of a jacking. However, the song was recorded for and prominently featured in the Newark car-jacking film "," and can be seen as a reflection of that film's mentality, as well as the popularity of joyriding carjacks in that city in the 1990s, rather than an endorsement of violent crime. Because their dalliance in was half-hearted, they were one of a number of groups lost in the shuffle when became dominant.

Their reunion album "Resurrection" (1999), released via 's Jersey Kidz imprint, was so small-scale a release that few realized it had been recorded. made an appearance on it.

The Lords are best remembered in connection with . As such, when decided in 2007 to do a of his song "Where Are They Now?" (which asked of the fates of several long-forgotten golden age rappers). The Lords were among those requested to appear. DoItAll Dupré performs eight bars on the track. The others featured include , , Rob Base, Redhead Kingpin, , and members of Black Sheep, , , the , the and .

DoItAll appeared briefly in the final scene of the final episode of "" credited as Du Kelly, as one of a series of potentially ominous figures entering the diner.

Lords of the Underground also made a featured appearance on 's 2008 album "" on the track "The Best Secret".