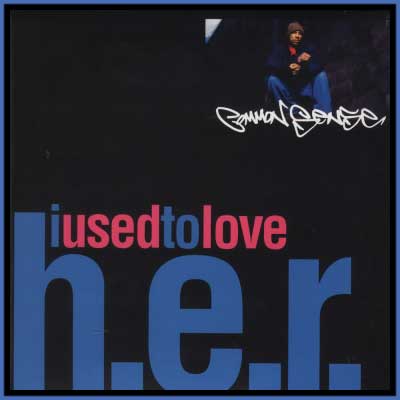 "I Used to Love H.E.R." is a hip hop song by the -born rapper Common. Released on the 1994 album "Resurrection", "I Used to Love H.E.R." has since become one of Common's best known songs. Produced by , its jazzy beat samples "The Changing World" by . A video directed by Chris Halliburton was made for this song. The song is found on Common's greatest hits album, "".

The song uses an comparing a woman that Common loved to hip hop music. The acronym H.E.R. stands for "Hip Hop in its Essence and Real."Fact|date=August 2008 It is also believed that it means Hearing Every Rhyme, therefore possibly stating "I Used to Love Hearing Every Rhyme."

The song criticizes the direction that hip hop music was taking during the mid-1990s. It specifically refers to the fall of conscious and Afrocentric rap; as well as the rising popularity of and . In the song, Common makes an analogy comparing the degradation of a woman with the deterioration of after its commercial success forced it into the mainstream. This criticism ignited a feud with West Coast rapper , and helped fuel the growing animosity towards the West Coast hip hop scene during the early stages of the .

It also said that within the song Common speaks on his disapproval of and (two rap groups immensely popular in the early/mid nineties) with the line "I see niggas slammin' her, and takin' her to the sewer". 1993 saw the release of Onyx's hit single "Slam" and Das Efx's album "". Onyx were famous for their overly violent and offensive lyrics, and could be considered the of the East Coast. At the same time Das Efx were widely criticized by the hip hop community for rapping in a style which many people said was a gimmick created to sell records.Fact|date=August 2008

It is often regarded as one of the greatest hip hop recordings ever.

, a producer from , ed "I Used to Love H.E.R." and released the remix as a single. Independent record label Boom Bap Records distributed the single, which contained "" as a .

Jazz band Vitamin Jazz covered "I Used to Love H.E.R." on their 2006 album "Commonication: The Smooth Jazz Sessions to the Music of Common".

The video was filmed in 1994 and released later that year, too. It shows clips of Common's home of Southside Chicago and a woman, who is obviously the main subject of the video since of the extended metaphor. It shows how she "became a gangster" when this woman is seen with two other ghetto-looking women in allusion to the rise of gangsta rap.