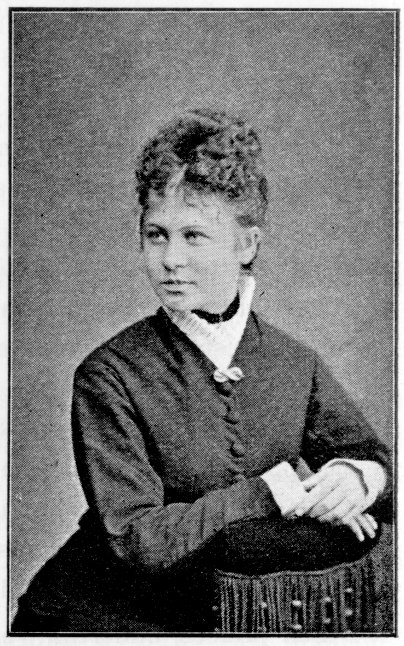 Ida Aalberg (, – ) was the most notable and internationally known Finnish actress of her time.

Aalberg was born in , . She was a member of the Theatre of Finland from 1874 to 1883 and later a regular visiting actress. She also performed on foreign scenes, in Scandinavia, Germany, Hungary and Russia among others. Although she never managed a breakthrough in a foreign language she remained respected and highly popular in Finland, even when spending much, or nearly all of her time abroad.

A new theatre house that opened in 1902 led to the renaming of the Theatre of Finland as The Finnish National Theatre. A few years later Aalberg began to show an interest in directing and administration which lead to her appointment as director-actor (assistant manager) in 1909.

She was not a success as a director. When her contract was terminated in 1911 it caused a cultural scandal and she was never to perform regularly in the National Theatre again. She celebrated her 40 year anniversary as an actress there in 1914 and a visiting performance was being planned but her sudden death in January 1915 in came before the plans could be carried out.

Aalberg's first marriage was to a well-known Finnish nationalist from 1887 until his death in 1893, and the second in 1894 to from St Petersburg, who was a lawyer and philosopher and later became an influential person in the Finnish theatre scene.

On the other side of The Finnish National Theatre, in Kaisaniemi Park,there is a monument, The Curtain, designed by sculptor and raised in memory of Ida Aalberg in 1972. Being the first abstract sculpted monument ever planned in Finland it caused a huge uproar by winning the competition in 1961.

The city of has named a street in memory of Ida Aalberg in , and she has also been featured on a Finnish .

The of Ida Aalberg is located in in the municipality of and serves as the Ida Aalberg museum. The library of Janakkala is also named after her and is sited on Ida Aalberg Plaza.

Finnish actress played a small part as Ida Aalberg in the movie by Jaakko Pakkasvirta (1978). The movie tells the story of another famous Finn, the poet .

Ida Aalberg Foundation awards a biannual Ida Aalberg Acting Prize, which is the largest single prize in the theatre in Finland (15000 euros in 2007). In 1959 the Foundation announced an open competition for a monument and after various phases, including a follow-up competition, commissioned from sculptor Raimo Utriainen his winning work, The Curtain. It took 15 years from the initial idea in 1957 - centennial of Ida Aalberg's birth - until the monument was finally put up.