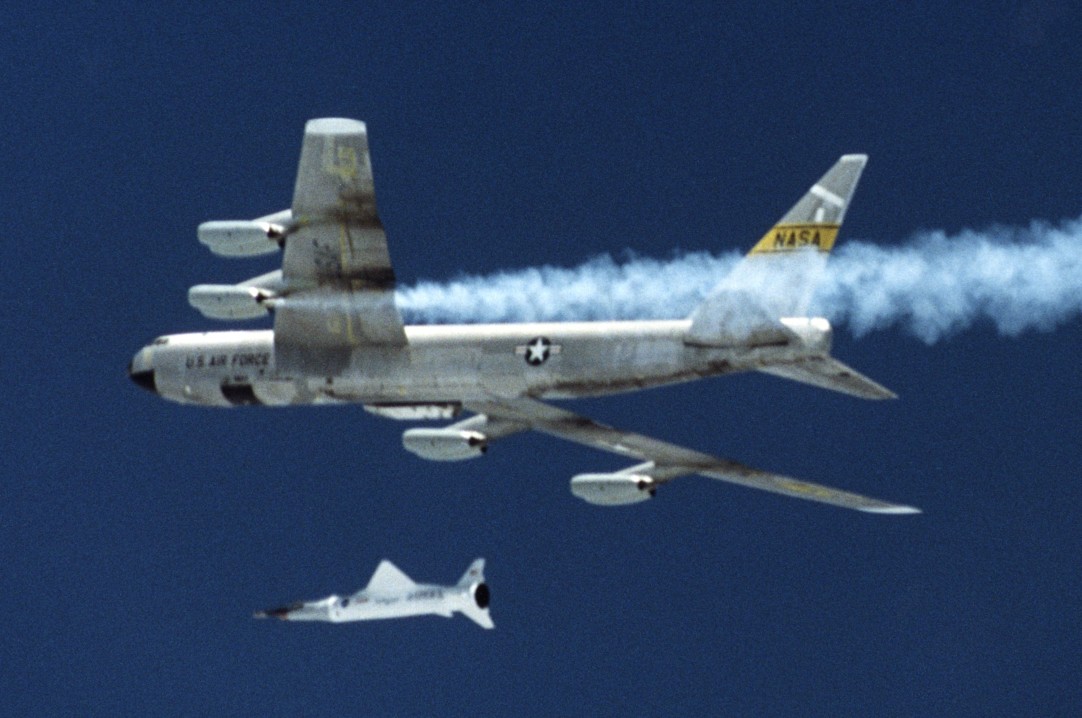 caption = The being dropped from under the wing of a .

Airborne aircraft carriers are aircraft which can launch other aircraft. These typically are large aircraft that launch fighter-interceptor planes.

Several plans were drawn up to outfit -type s to launch and recover fighters. These are also the typical airborne aircraft carriers found in fiction.

Early days of the jet age had fighter aircraft that could not fly long distances and still match point defence fighters or interceptors in dogfighting. The solution was long range bombers that would carry or tow their escort fighters. This is similar in concept to cruisers that carried escort fighters, or the .

Several bombers have been used by NASA as launch platforms for experimental aircraft.

A few specific aircraft have been built or modified to transport other aircraft; the most famous of these, a pair of modified s known as the (SCA) belonging to the United State's National Aeronautics and Space Administration (), and are now used only to transport the US Orbiter vehicle, though one was used by the to actually launch the orbiter for atmospheric approach and landing tests. The created a similar vehicle (the ) to support the "Buran" spacecraft.

More recently, White Knight has been used to launch the privately owned , and is slated to be used for a follow on design.