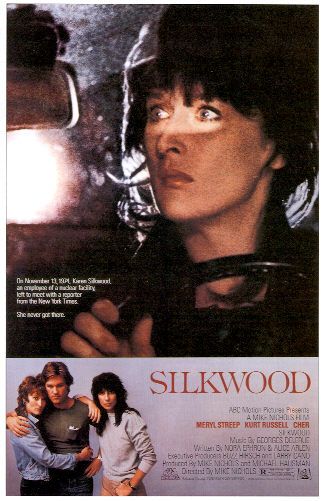 "Silkwood" is a , Academy Award-nominated film which dramatizes the story of , who died in a car accident under suspicious circumstances while investigating alleged wrongdoing at the plant where she worked. It stars in the title role, as well as , , , , , , , and .

The movie was written by and . It was directed by and filmed in .

Tagline: "On , , Karen Silkwood, an employee of a nuclear facility, left to meet with a reporter from the" . "She never got there."