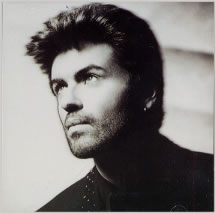 "Heal the Pain" was a song written and performed by and released on in .

A contemplative, acoustic guitar-based love song, it was the fourth of five UK singles taken from the album "".

The song entered the in February and peaked at #31. It followed a pattern of being slightly lower than its predecessor (the previous three singles had peaked at #6, #23 and #28). One more single from the album would continue the pattern, by not even breaking the threshold of the Top 40. "Soul Free", also taken from "", appeared as the b-side. For the US, Columbia Records flipped the two songs, with "Soul Free" appearing as the a-side and "Heal the Pain" as the b-side. The single did not chart in the US.

The band have used an uncredited sample of the track on the B-side of their single "."

In , it was announced that Michael would be recording a version of the track with , whose style the song was written in. Michael appeared on the Chris Evans show on on December 5th 2005, and announced that he had recorded the song with McCartney "last week" but didn't know what he was going to do with it yet. The track was later added to the greatest hits collection "Twenty Five".

In , it was released as a single from the U.S. release of George Michael's Greatest Hits album Twenty Five.