Waiting for That Day

Waiting for That Day 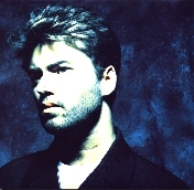 Waiting For That Day was a song performed and largely written by which was released on in in the UK and on in 1991 in the US.

Although George wrote it alone, his decision to use the line "you can't always get what you want" at the very end of the song meant a co-writer credit was given to and .

While the song did not enjoy great chart success in the United States, the single's b-side, "" achieved airplay success during the Gulf War.

This song title is also the title of the twelfth episode in the first season of ABC's ".