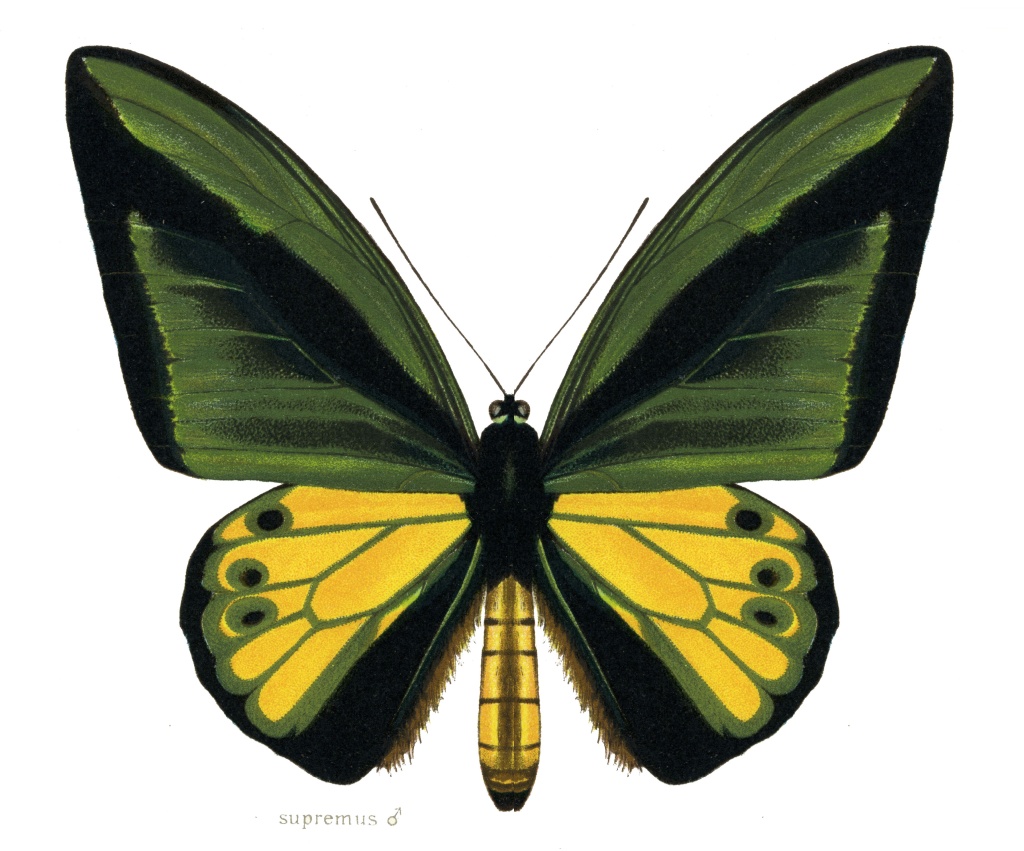 The Goliath Birdwing ("Ornithoptera goliath") is the second-largest in the world. It lives in n rainforests and has a wingspan up to 11 inches (28 centimeters). The locals from farm these butterflies in the wild as a means of generating income from the environment without destroying it. Harvesting the butterflies is legal and does require a permit. It is a rare butterfly, but harvesting does not endanger it.Fact|date=September 2007 It is found mostly in Papua New Guinea though some subspecies are found in northern Irian Jaya and adjacent Islands.

The males have black, yellow and green wings and a yellow and black body, while the females are brown and white on the top wings and yellow on the bottom wings. The female is typically larger than the male. Flight is leisurely, but controlled and powerful. Males pursue their females for long distances, rising high over the forest canopy then folding their wings and diving down to tree level to mate, even though they risk hindwing damage by the sharp tarsal claws of females.

The Goliath Birdwing takes an approximate 15 minutes to get out of its shell once it is turned into a butterfly because of its large wings.Fact|date=September 2007