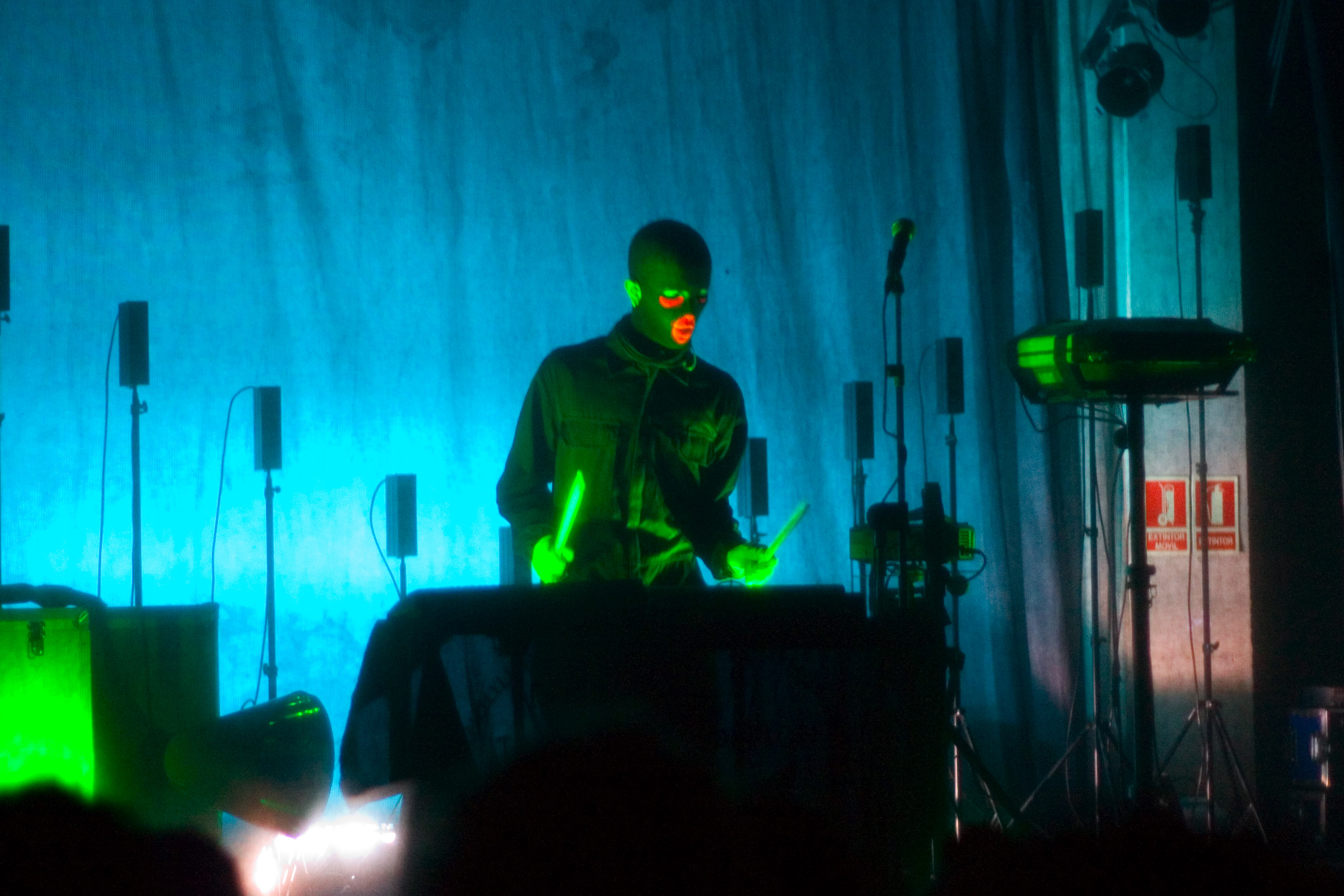 :"For other uses of the term Knife, see ".The Knife is a musical duo from formed in 1999. The band consists of siblings and , who also run their own record company, .

The group became prominent when covered their song "" on his 2003 album, "Veneer". The cover was used by Sony in a commercial for Bravia television sets, and released as a single in early 2006. The group commented on this in a Dagens Nyheter article, claiming that Sony paid a large sum of money to use the song. Despite the group's anti-commercial views, they justified the transaction by citing their need for money to establish a record company.

The Knife's song "We Share Our Mother's Health" from their album "" was featured by the as a free song of the week in late 2006. This song was also featured in the ABC series "", as well as an episode of "". In August 2007, "" was featured on an episode of the series "Entourage". [cite web|url=http://www.hbo.com/entourage/music/season04/episode52.html|title=Entourage Music: Season 04: Episode 52 "Snow Job"|publisher=HBO|accessdate=2008-07-04]

Having never before performed live, The Knife went on tour in 2006, and after selling out shows worldwide, a of the tour was announced. The DVD was released in on , , and is titled "".

In an interview during the "Silent Shout" tour, Olof announced that the band would be going on a three-year hiatus, during which he would resume work on previously-started songs for Coolof, his solo DJ project.Fact|date=November 2007

Relationship with the media

One of the group's distinguishing characteristics is their unwillingness to cooperate with the media or the mainstream music scene. The group rarely makes public appearances, most of their promotional photos feature the members wearing masks, usually and until recently, they outright refused to perform live concerts. Recently the group has shown themselves in public wearing masks formed as birds' beaks, similar to those used by medieval doctors.

The Knife won a award as best pop group of the year 2003, but they boycotted the ceremony by sending two representatives of another artist group dressed as gorillas with the number 50 written on their costumes. Their album "Deep Cuts" was also nominated for a Grammis as the best record of the year 2003, although that award went to . Also in 2003, The Knife was featured as Artist of the Week at , which helped them gain greater attention in the worldwide music community.