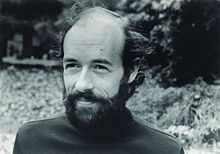 David Pierre Ruelle (born 20 August 1935 Ghent, Belgium) is a Belgian-French mathematical physicist. He has worked on statistical physics and dynamical systems. With Floris Takens he coined the term strange attractor, and founded a new theory of turbulence. In 1986, he received the Boltzmann Medal for his outstanding contributions to statistical mechanics, and in 1993 the Holweck Prize. In 2004, he received the Matteucci Medal, and in 2006 the Henri Poincaré Prize.

He studied physics at the Université Libre de Bruxelles, obtaining a Ph.D. degree in 1959 (prepared at ETH Zurich [1]). He spent two years (1960–1962) at the ETH Zurich, and another two years (1962–1964) at the Institute for Advanced Study in Princeton, New Jersey. In 1964, he became Professor at the Institut des Hautes Études Scientifiques (IHES), in Bures-sur-Yvette, France. Since 2000, he is an Emeritus Professor at IHES and distinguished visiting professor at Rutgers University.