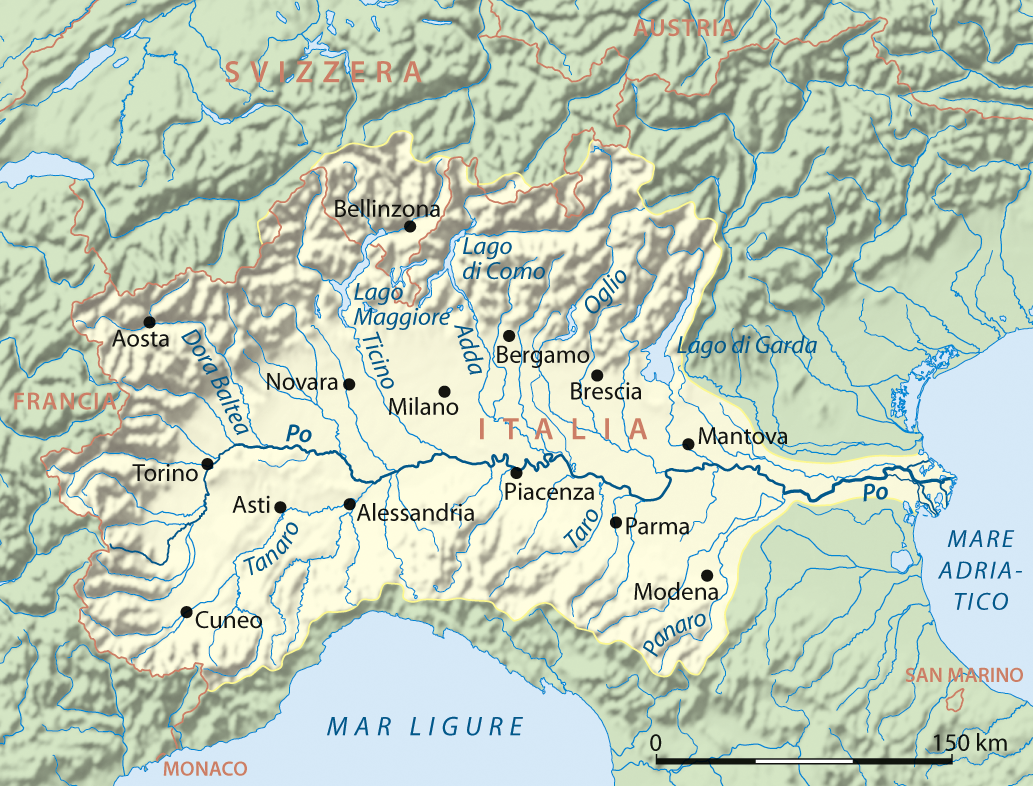 It goes through many important Italian towns, including (Torino) and (indirectly) (Milano), in . It is connected to Milan through a net of channels called "", which helped design. Near the end of its course, it creates a wide delta (with hundreds of small channels and five main ones, called "Po di Maestra", "Po della Pila", "Po delle Tolle", "Po di Gnocca" and "Po di Goro") at the southern part of which is , an area famous for s. The Po valley corresponds to the Roman , divided in Cispadane Gaul (South of the Po) and Transpadane Gaul (North of the Po).

The vast valley around the Po is called the (it: "Pianura Padana") and is so efficiently connected by the river that the whole valley became the main industrial area of the country. This river is subject to the authority of a special authority, the "Magistrato delle Acque".

The main products of the farms around the river are s including - unusually for Europe - .

In 2005, water from the Po was found to contain "staggering" amounts of , which is excreted by users in . Based on these figures, cocaine consumption was estimated to be about 4 kg daily, or 27 doses per day per thousand young adults in areas that feed into the river--a number nearly three times higher than previous estimates. [http://news.bbc.co.uk/1/hi/world/europe/4746787.stm]

* the Reno (R) was a tributary of the Po River until the half of the XVIII century when the course was diverted to lessen the risk of devastating floods.