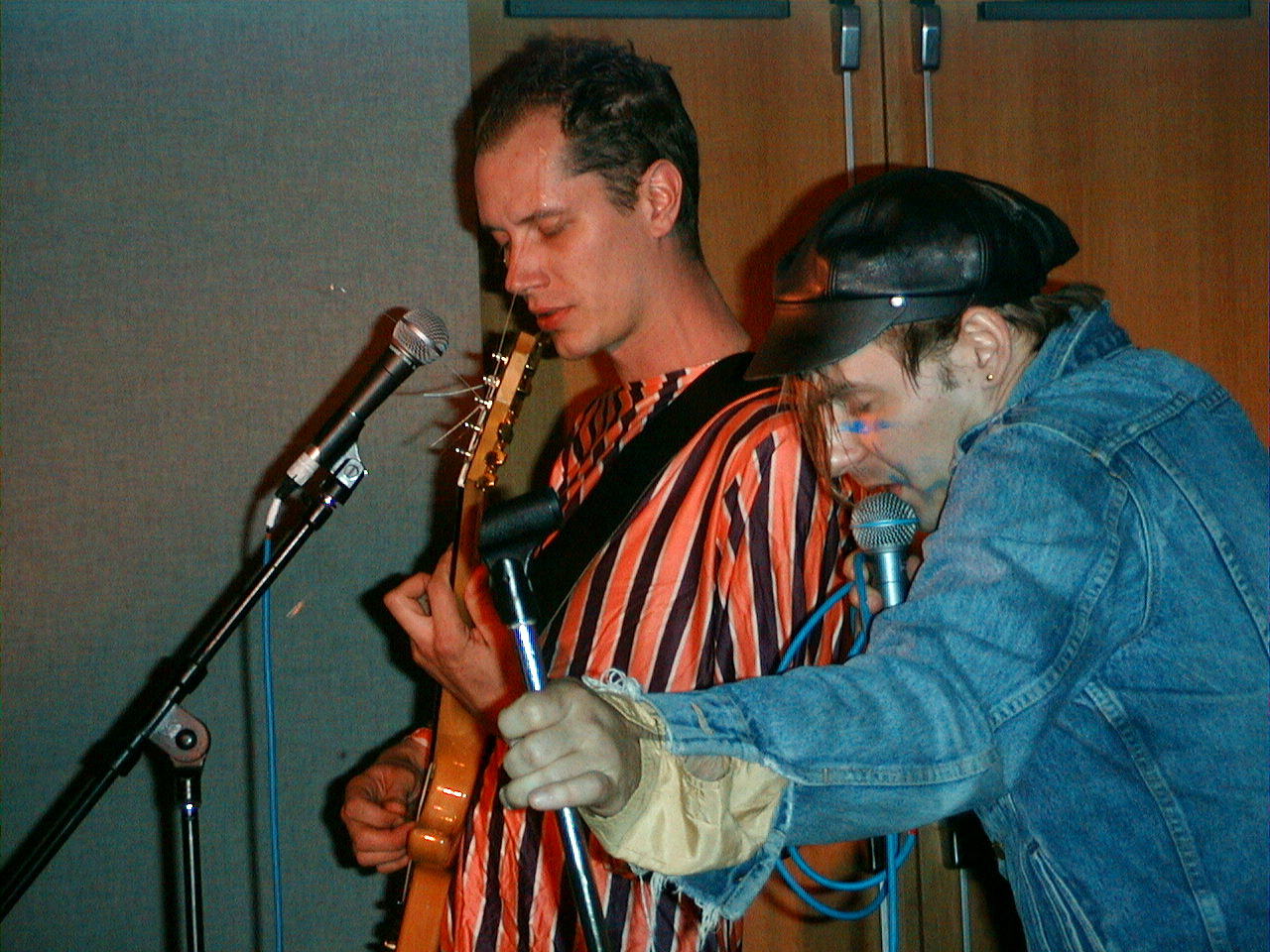 U.S. Maple was an American avant-garde rock band. The group formed in in . The band consists of Al Johnson (lead singer), Mark Shippy (guitarist), Pat Samson (drummer), and Todd Rittmann (guitarist) — who banded together with the intent of becoming the deconstructionists of .

U.S. Maple was formed in 1995 at Chicago's Northern Illinois University by former members of Shorty and the Mercury Players. Two members from each band met at the corner of Grand and Western Avenues, and as the band would reveal later on their website, began discussing how the group could erase rock and roll from their collective minds. The assembled group set out to devise a working method for reorganizing Rock and Roll, keeping only what they felt were its most important core elements. Recognizing they were kindred spirits, the group decided then and there to join together in an attempt to realize some of their musical ambitions. [http://www.skingraftrecords.com/bandhtmlpages/usmaple.html]

U.S. Maple inherited vocalist Al Johnson and guitarist Mark Shippy from Shorty, while drummer Pat Samson and second guitarist Todd Rittman were transplants from the Mercury Players. The band's first recording came in the form of a two song 7" single produced by Doug Easley and recorded in September 1995 at Easley Studios in Memphis, Tennessee (during these sessions a cover version of 's "Sin City" was also recorded, and eventually released on Skin Graft's "Sides 1-4" 7" compilation). U.S. Maple's first single featured the songs “Stuck” and "When a Man says Ow!” The independent label Skin Graft Records took an interest in the band and signed them to the label, releasing the "Stuck" single in the fall of 1995. [http://www.allmusic.com/cg/amg.dll?p=amg&sql=11:jvfpxq8gldse~T1]

The band recorded their first full-length album, , late in 1995 at Illinois' located in Hoffman Estates. The album was produced by producer and former guitarist Jim O'Rourke, and was fueled with jarring guitar noodling, vocal wheezes and howls, and spastic drumming — all staples of the band's elastic song structures. Skin Graft released the album in October 1995 in both vinyl and CD formats; the vinyl pressings included a bonus track and hand-made sheet metal jackets manufactured by the bandmembers themselves. [http://www.skingraftrecords.com/bandhtmlpages/usmaple.html] The band then embarked on a six-week, twelve country, European tour in support of their first album. While in England, the band recorded a Peel session for John Peel's BBC Radio 1 show. [http://www.skingraftrecords.com/bandhtmlpages/usmaple.html]

When the band returned home from their European tour they recorded a second single featuring a cover of the 1961 hit "The Wanderer," as well as an original composition, "Whoa Complains." [http://www.allmusic.com/cg/amg.dll?p=amg&sql=11:jvfpxq8gldse~T1] In 1997 the band returned to Solid Sound Studios to record their second album, again with producer Jim O'Rourke. This session produced the album , which was released by Skin Graft Records in June 1997. [http://www.allmusic.com/cg/amg.dll?p=amg&sql=11:jvfpxq8gldse~T1]

In the fall of 1998 U.S. Maple left Skin Graft, signing to the following year, due in part to the influence of Drag City labelmate Jim O'Rourke, but also due to an agreement by the label to support the band during their busy tour schedule. 1999 saw the band returning to the studio to record the followup to their Skin Graft work. Their third album, , a darker, sparser record than their previous albums, was recorded at in . The album was recorded by , former lead singer of rock band , with engineering. [http://www.allmusic.com/cg/amg.dll?p=amg&sql=11:jvfpxq8gldse~T1]

In 2000, U.S. Maple earned a mention in the song "Goodbye Forever" by another Chicago-based band, the . The song appears on the Alkaline Trio's self-titled album, and includes the line "Remember last April when we saw U.S. Maple? / Somehow the singer showed the Fireside exactly how I feel."

In 2001 the band released their fourth album, "". The album was recorded in Cannon Falls, Minnesota, at , and mixed a week later in Richmond, Virginia, at Sound of Music. In the summer of 2001, after the recording of Acre Thrills, drummer Pat Samson left the band, and was replaced by Adam Vida. With Vida, the band released their fifth studio album, 2003's ""., which saw a departure from the confrontational, fervent, and violent aspects of previous releases. Purple on Time. contained more conventional song structures, including verses, more straightforward instrumentation, and singing (instead of animalistic moaning and crooning).