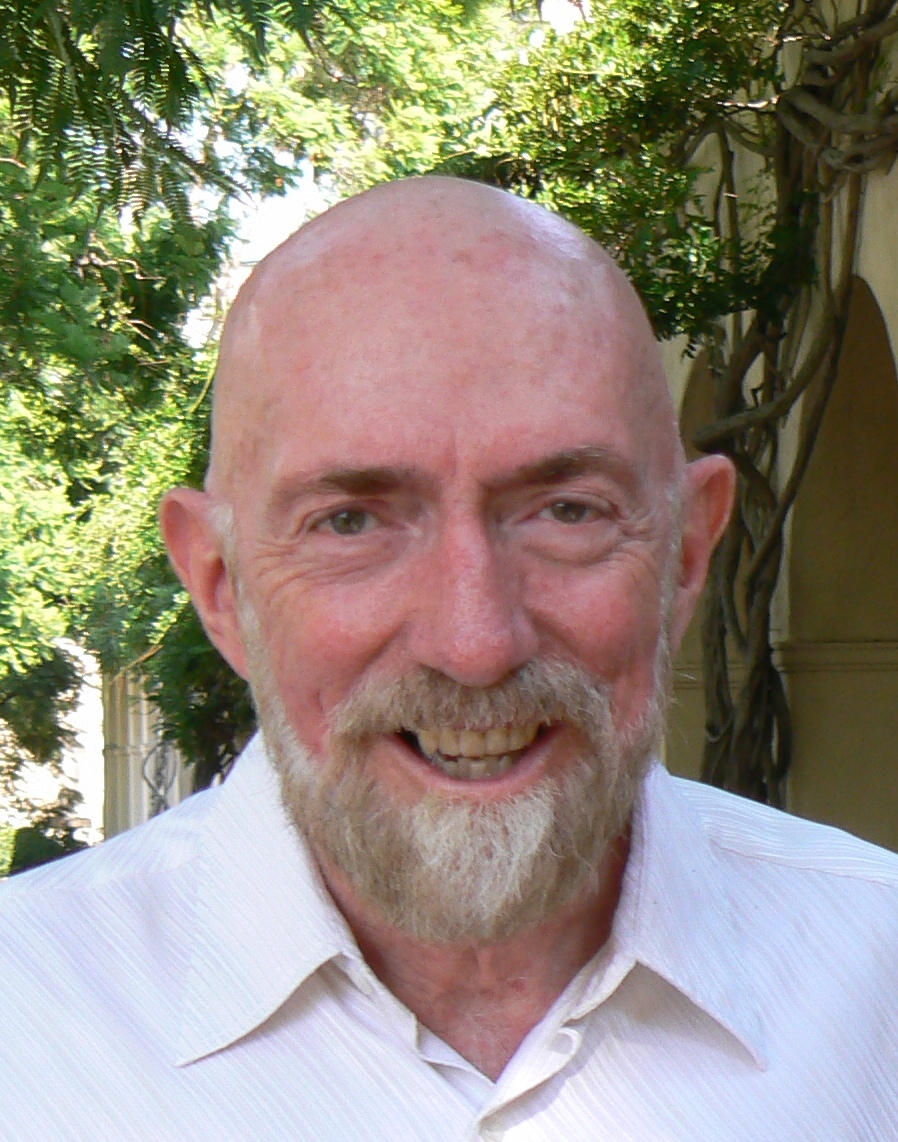 Kip Stephen Thorne (born , ) is an American theoretical physicist, known for his prolific contributions in gravitation physics and and for having trained a generation of scientists. A longtime friend and colleague of and , he is the current Feynman Professor of Theoretical Physics at Caltech and one of the world’s leading experts on the astrophysical implications of Einstein’s general theory of relativity.

Thorne was born in , the son of s D. Wynne Thorne and Alison C. Thorne, a soil chemist and an , respectively. Raised in an academic environment, two of his four siblings are also professors. He became interested in at the age of eight, after attending a lecture about the . Thorne and his mother then worked out calculations for their own model of the solar system.

Thorne rapidly excelled at academics early in life, becoming one of the youngest full professors in the history of the . He received his B.S. from Caltech in 1962, and Ph.D. from in 1965. He wrote his Ph.D. , " of Cylindrical Systems", under the supervision of relativist John Wheeler. Thorne returned to Caltech as an associate professor in 1967 and became a professor of theoretical physics in 1970, the William R. Kenan, Jr. Professor in 1981, and the Feynman Professor of Theoretical Physics in 1991, a post he currently holds.

Throughout the years, Thorne has served as a mentor and thesis advisor for many leading theorists who now work on observational, experimental, or astrophysical aspects of general relativity. Approximately 50 physicists have received Ph.D.s at Caltech under Thorne's personal mentorship.

Thorne is known for his ability to convey the excitement and significance of discoveries in gravitation and astrophysics to both professional and lay audiences. In 1999, Thorne made some speculations on what the 21st century will find as the answers to the following questions:
* Is there a "dark side of the universe" populated by objects such as black holes?
* Can we observe the birth of the universe and its dark side using radiation made from space-time warpage, or so-called "gravitational waves"?
* Will 21st century technology reveal quantum behavior in the realm of human-size objects?

His presentations on subjects such as s, , relativity, , and s have been included in PBS shows in the U.S. and in the United Kingdom on the BBC.

Thorne and Linda Jean Peterson married in 1960. Their children are Kares Anne and Bret Carter, an architect. Thorne and Peterson divorced in 1970. Thorne and his second wife, Carolee Joyce Winstein, a professor of biokinesiology and physical therapy at USC, married in 1984.

Thorne's research has principally focused on relativistic astrophysics and gravitation physics, with emphasis on relativistic s, s and especially . He is perhaps best known to the public for his controversial theory that s can conceivably be used for . However, Thorne's scientific contributions, which center on the general nature of , , and , span the full range of topics in .

Among a handful of physicists, Thorne is considered one of the world’s authorities on s. In part, his work has dealt with the prediction of gravity-wave strengths and their temporal signatures as observed on Earth. These “signatures” are of great relevance to (Laser Interferometer Gravitational Wave Observatory), a multi-institution gravity-wave experiment for which Thorne has been a leading proponent — in 1984, he cofounded the LIGO Project (the largest project ever funded by the NSF) to discern and measure any fluctuations between two or more 'static' points; such fluctuations would be evidence of s, as calculations describe. A significant aspect of his research is developing the necessary to analyze these objects. [http://pass.maths.org.uk/issue18/features/thorne/index.html] Thorne also carries out design analyses for features of the LIGO that cannot be developed on the basis of and he gives advice on s by which the waves will be sought. He has provided theoretical support for LIGO, including identifying gravitational wave sources that LIGO should target, designing the baffles to control scattered light in the LIGO beam tubes, and — in collaboration with Vladimir Braginsky's (Moscow Russia) research group — inventing quantum-nondemolition designs for advanced gravity-wave detectors and ways to reduce the most serious kind of in advanced detectors: thermoelastic noise. With Carlton M. Caves, Thorne invented the back-action-evasion approach to quantum nondemolition measurements of the quadrature amplitudes of s — a technique applicable both in detection and .

Thorne has made prolific contributions to black hole cosmology. Thorne proposed his that cast aside the thought of a . The Hoop Conjecture describes an imploding star turning into a black hole when the critical circumference of the designed hoop can be placed around it and set into rotation. [http://www.usd.edu/phys/courses/phys300/gallery/clark/thorne.html] That is, any object of mass M around which a hoop of circumference can be spun must be a black hole. As a tool to be used in both enterprises, astrophysics and theoretical physics, Thorne has developed an unusual approach, called the "Membrane Paradigm", to the theory of black holes and used it to clarify the "Blandford-Znajek" mechanism by which black holes may power some s and . Thorne has investigated the statistical mechanical origin of the of a black hole and the entropy of a cosmological horizon in an inflationary model of the universe. With Wojciech Zurek he showed that the entropy of a black hole of known , , and is the of the number of ways that the hole could have been made. With Igor Novikov and Don Page he developed the general relativistic theory of thin s around black holes, and using this theory he deduced that with a doubling of its mass by such accretion a black hole will be spun up to 0.998 of the maximum spin allowed by general relativity, but never any farther; this is probably the maximum black-hole spin allowed in Nature. He, along with his mentor John Wheeler, additionally proved that it was impossible for cylindrical lines to implode. Both Hawking and Thorne have theorized that a singularity exists in the interior of a black hole.

Thorne was one of the first people to conduct scientific research on whether the laws of physics permit space and time to be multiply connected (can there exist classical, traversable wormholes and "time machines"?). With Sung-Won Kim, Thorne identified a universal physical mechanism (the explosive growth of of quantum fields), that may always prevent spacetime from developing s (i.e., prevent "backward time travel"). "With Mike Morris and Ulvi Yurtsever he showed that traversable Lorentzian wormholes can exist in the structure of only if they are threaded by quantum fields in s that violate the averaged null energy condition (i.e. have negative renormalized energy spread over a sufficiently large region). This has triggered research to explore the ability of quantum fields to possess such extended . Recent calculations by Thorne indicate that simple masses passing through traversable wormholes could never engender es — there are "no" initial conditions that lead to paradox once time travel is introduced. If his results can be generalised, they would suggest that none of the supposed paradoxes formulated in time travel stories can actually be formulated at a precise physical level: that is, that "any" situation in a time travel story turns out to permit "many" consistent solutions.

With Anna Żytkow , Thorne predicted the existence of red supergiant stars with neutron-star cores (s). Most importantly, he laid the foundations for the theory of pulsations of relativistic stars and the they emit. With , Thorne derived from general relativity the laws of motion and precession of black holes and other relativistic bodies, including the influence of the coupling of their to the spacetime curvature of nearby objects. Thorne has also theoretically predicted the existence of universally antigravitating "" — the element needed to accelerate the expansion rate of the universe, keep traversable wormhole "Star Gates" open and keep timelike free float "warp drives" working. With Clifford Will and others of his students, he laid foundations for the theoretical interpretation of experimental tests of relativistic theories of gravity — foundations on which Will and others then built. Thorne is currently interested in the origin of classical space and time from the of theory.

Thorne has written and edited books on topics in gravitational theory and high-energy astrophysics. In 1973, he co-authored the classic textbook "Gravitation" with and John Wheeler; [cite book
last = Misner | first = Charles W. | coauthors = Kip S. Thorne, John Archibald Wheeler | title = Gravitation | publisher = W. H. Freeman | location = San Francisco | year = 1973 | month = September | id = ISBN 0-7167-0344-0 ] from which most of the present generation of scientists have learned general relativity theory. In 1994, he published "", a landmark book for non-scientists for which he received numerous awards. This book has been published in six languages, and editions in Chinese, Italian, Czech, and Polish are in press.

Thorne's work has appeared in magazines and encyclopedias such as:
* "",
* McGraw-Hill "", and
* "" among many others.

Thorne has published more than 150 articles in scholarly journals.

He has been a , , Guggenheim Fellow, and Fulbright Fellow. He has also received the honorary degree of doctor of humane letters from .

Thorne has served on:
* the ,
* the , and
* the National Academy of Sciences' , which has advised and Congress on .

once asked Thorne to examine the time travel section of the manuscript for "Contact". Thorne immediately dismissed Sagan's hypothesis; however, he later had an epiphany &mdash; wormholes may be used as time machines. His subsequent work, "Wormholes, Time Machines and the Weak Energy Condition", along with other papers, has made him popular with fans. He did not care that it was highly speculative work, putting as much energy into it as other subjects.

In June 2006, announced he would direct a scientifically accurate film about "a group of explorers who travel through a worm hole and into another dimension", [cite news | author=Michael Fleming | url=http://www.variety.com/article/VR1117945326.html?categoryid=13&cs=1 | title=Space chase pic on Par launch pad | publisher=Variety | date= | accessdate=2006-10-29 ] from a treatment by Kip Thorne and producer .