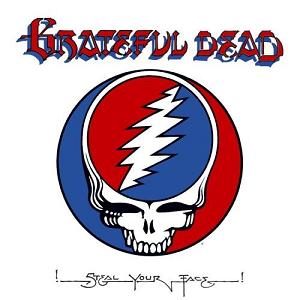 
"Steal Your Face" is a live by the , released in June 1976. The album was recorded live in concert between and , at San Francisco's as part of the band's then-"farewell run."

The title of the album derives from the lyrics of "He's Gone" ("Like I told ya, what I said, steal your face right off your head"), a song that fittingly does not appear on the album.

The album is generally considered by s to be the Grateful Dead's worst live album, both due to the poor sound (some songs had to be in the studio [http://tcgdd.freeyellow.com/tcgdd.txt] ) and song selection (it focused on the band's "songs" rather than "jams", although to more casual listeners that is often an improvement). Indeed the record was dubbed "Steal Your Money" by fans at the time (also by the band), as many questioned the band's motives for releasing it.

In an interview, said: "None of us liked it. I'm sure even Phil and Owsley didn't like it that much ... I think part of it was that we were not working, and we didn't have anything else to deliver." [http://deaddisc.com/disc/Steal_Your_Face.htm]

Significantly, although the album was released during the band's working life (and with its full consent), it was omitted from the 2004 "" boxed set that otherwise collected all of the Dead's other studio and live works from this era. Instead, a 5-CD album called "", which documents the same run of shows as "Steal Your Face", was released concurrently with the boxed set. Fans generally consider it to be the better representation of the Grateful Dead during this time period.

When "Steal Your Face" was first issued on in 1989, the sound quality was greatly improved from the original vinyl release. In 2005 the album was finally re-released in sound by , though without any bonus tracks.