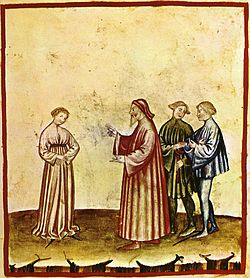 Discretion is a noun in the English language with several meanings revolving around the judgment of the person exercising the characteristic.

Those in a position of power are most often able to exercise discretion as to how they will apply or exercise that power.

The ability to make decisions which represent a responsible choice and for which an understanding of what is lawful, right or wise may be presupposed. see Websters Third New International Dictionary (unabridged)

In the criminal justice system

In the criminal justice system, police, prosecutors, judges, and the jury are often able to exercise a degree of discretion in deciding who will be subject to criminal penalties and how they will be punished. For example, the police officer may decide whom to formally arrest for an offense. For a traffic violation, a police officer may simply issue a warning. A prosecutor may choose to pursue the same or different charges against the person a police officer has arrested. Discretion gives the prosecutor the power to dismiss a case against an arrestee based on factors such as the probability of conviction, the nature of the offense, the characteristics of the offender, and availability of adequate civil remedies. Plea bargaining also plays a major role in determining charges.

An abuse of discretion is a failure to take into proper consideration the facts and law relating to a particular matter; an arbitrary or unreasonable departure from precedent and settled judicial custom.[1]

The term often comes as part of "Viewer Discretion Is Advised" warning on TV shows before the show begins. In this context, VDA implies the show's content may not be suitable for some viewers, that is, too explicit.