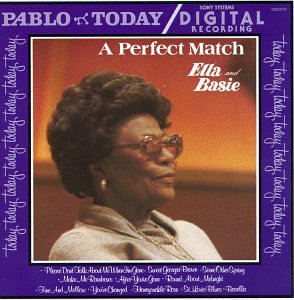 "A Perfect Match" is a 1979 (see ) live album by the American singer , accompanied by the Orchestra, and featuring Count Basie himself on the last track.

This is the last of four albums Fitzgerald recorded at to be released.

Ella's performance on this album won her the 1980 Grammy Award for Best Jazz Vocal Performance, Female.