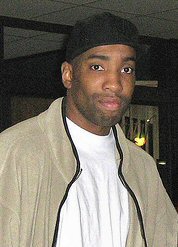 Zendon Alphonso Hamilton [ [http://www.acb.com/jugador.php?id=A1U ACB ] ] (born , in , ) is an American professional player that currently plays for from the , and formerly played in the .

He first attended 's [ [http://query.nytimes.com/gst/fullpage.html?res=9F0CEFDA1339F931A25751C1A965958260 " HIGH SCHOOL BASKETBALL; New York Area Is Teeming With Talent"] , "", , . Accessed , . "ZENDON HAMILTON of Sewanhaka, is rated the best senior big man in the nation by various prep school magazines, including Street & Smith."] A 6'11" center from St. John's University where he was part of the same recruiting class as SI coverboy Felipe López, Hamilton began his NBA career in 2000 with the . He has also played for the , the , the , the , and the . He was signed on , by the . After the pre-season he was waived on October 25, 2006 without playing any regular season games in his new team.
In February 2007 he signed his second contract in EuropeFact|date=October 2007. In the summer of 2007 he moved to Russia and signed with , his current team.

According to an article in Sports Illustrated, an unregistered sports agent said that in 1994 he was paid $2,000 to insure that St. John's center Zendon Hamilton reached the minimum SAT requirement for freshman eligibility.

The article said that after failing to reach the minimum test score nine times, Hamilton traveled to Los Angeles' Lynwood High to take the test on his final chance to qualify. Hamilton will be a senior next semester.

According to the story, Nate Cebrun a 51-year-old agent said that on June 3, 1994, Hamilton met him at the L.A. Marriott the night before the 6-11 center took his last SAT test. According to Cebrun, Greg Vetrone, an assistant at UNLV, and Gary Charles, the coach of Hamilton's AAU team, were also at the meeting in which he received $1,500 of $2,000.