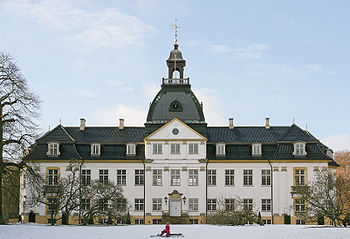 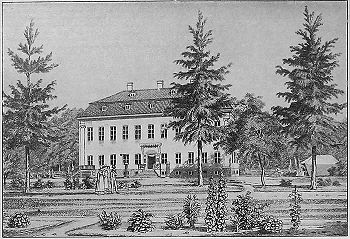 Charlottenlund (Danish: Charlottenlund Slot) is a minor palace near Copenhagen in Denmark. In its original baroque form it was built between 1731 and 1733 on the foundations of a palace named Gyldenlund. The palace was named after Charlotte Amalie, the daughter of Frederick IV of Denmark and the sister of Christian VI of Denmark. In the 1880s, the palace was extended and rebuilt to reflect the French renaissance style that characterizes its architecture today.

The first royalty moved into the palace in 1869, when Crown Prince Frederick and his wife Lovisa of Sweden moved in. Both Christian X of Denmark and Haakon VII of Norway were born in the palace. The queen dowager Louise lived in the palace until her death in 1926. The royal family discontinued using the palace in 1935 and made it available to the Danish Fishery Survey. Today Denmark's Aquarium is located in a corner of the palace's property.