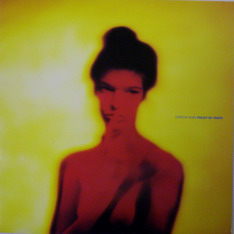 "Policy of Truth" is 's twenty-fifth UK single, released on , , and the third single for the album "Violator".

The cover art for "Policy of Truth" has the blurred image of a nude woman. The camera angles and poses differ on the 7" Vinyl, the 12" Vinyl, the CD and Cassette. Usually each one has more than one. On the L12, there is a picture of a different woman.

The B-side is "Kaleid" (pronounced "collide"), which has an extended version called When Worlds Mix. Unlike many of the prior instrumentals which were piano compositions, this one is a rough techno instrumental. However, the "Kaleid [Remix] " is more light-hearted, but has the same apocalyptic idea. "Kaleid" is not produced by Depeche Mode and Flood, but just Depeche Mode.

The Trancentral Mix is by , a very popular techno band at that time and one of only 3 occasions that they did remix work for other artists, the other being and its B-side "It must be obvious" by the and "What Is Dub?" by .

Capitol Mix uses the sample "I want to tell you my side of the case" from the by .

A version of "Kaleid" was used as intro music for Depeche Mode's world tour in 1990.

The music video for "Policy of Truth" is directed by and appears on the VHS collection "".

Despite its success as a single, "Policy of Truth" was not included on the band's "Best of..." hits collection of 2006.

All songs written by