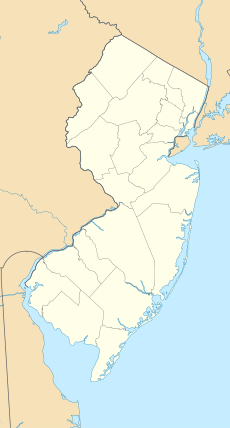 It was established in accordance with congressional legislation implementing the recommendations of the 2005 Base Realignment and Closure Commission. The legislation ordered the consolidation of the three facilities which were adjoining, but separate military installations, into a single joint base – one of 12 joint bases formed in the United States as a result of the law.

The 42,000-continguous acres of JB MDL are home to more than 80 mission partners and 40 mission commanders providing a wide range of combat capability. The base spans more than 20 miles east to west. It is bordered by two of the largest counties in New Jersey, Ocean and Burlington, which include 8 municipalities: the townships of Springfield, Pemberton, North and New Hanover, Manchester, Plumsted and Jackson, as well as the borough of Wrightstown. The the 87th Air Base Wing provides installation management support for 3,933 facilities with an approximate value of $9.3 billion in physical infrastructure. More than 44,000 Airmen, Soldiers, Sailors, Marines, Coast Guardsmen, civilians and their family members living and working on and around JB MDL contribute to the economic impact for the state of New Jersey.[2]

McGuire is under the jurisdiction of the USAF Air Mobility Command. The base originated in 1941 as Fort Dix Army Air Force Base. Closed briefly after World War II, it reopened in 1948 as McGuire Air Force Base. The base was named after Major Thomas B. McGuire, Jr., Medal of Honor recipient, and the second leading ace in American history.[3]

McGuire grew famous as the Air Force's "Gateway to the East," when its core mission became global mobility in 1945. In 1992, it became part of the newly reorganized Air Mobility Command.[3]

The 305th Air Mobility Wing served as the host wing from October 1994 to March 2009, when the newly activated 87th Air Base Wing assumed installation command. The 305th, along with the 21st Expeditionary Mobility Task Force, 108th Air Wing (ANG), 621st Contingency Response Wing, and the 514th Air Mobility Wing (AFRES), has supported every major type of air mobility mission over the past 15 years.[3]

The Dix installation is under the jurisdiction of the United States Army Reserve Command (USARC). The facility originated in 1917 as Fort Dix, named in honor of Major General John Adams Dix, a veteran of the War of 1812 and the Civil War, and a former United States Senator, Secretary of the Treasury and Governor of New York.[4]

Dix has a history of mobilizing, training and demobilizing Soldiers from as early as World War I through the present day. In 1978, the first female recruits entered basic training at Fort Dix. In 1991, Dix trained Kuwaiti civilians in basic military skills so they could take part in their country's liberation.[4]

Dix ended its active Army training mission in 1988 due to Base Realignment and Closure Commission recommendations. It began a new mission of mobilizing, deploying and demobilizing Soldiers and providing training areas for Army Reserve and National Guard Soldiers.[4]

In 1994, the United States Air Force Expeditionary Center was established as the Air Mobility Warfare Center on Dix.[4]

Lakehurst is under the jurisdiction of the Naval Air Systems Command. Its history begins as a munitions-testing site for the Imperial Russian Army in 1916. It was then gained by the United States Army as Camp Kendrick during World War I. The United States Navy purchased the property in 1921 for use as an airship station and renamed it Naval Air Station Lakehurst.[5]

The Navy's lighter-than-air program was conducted at Lakehurst through the 1930s. It was the site of the 1937 LZ 129 Hindenburg airship disaster. During World War II, anti-submarine patrol blimps were operated from Lakehurst. Since the 1950s, aviation boatswain's mates have been trained at Lakehurst to operate catapults and arresting systems on aircraft carriers. Lakehurst conducts the unique mission of supporting and developing the Aircraft Launch and Recovery Equipment and Support Equipment for naval aviation. The Electromagnetic Aircraft Launch System and the Advanced Arresting Gear system that will replace the existing steam catapults and the Mk-7 arresting gear are being developed and tested at Lakehurst at full-scale shipboard representative test facilities here.[5]

In February 2004, installation commanders from the three installations formed a partnership to generate joint solutions for common problems between the three contiguous bases and their tenant commands. The three installation commanders are already reducing operating costs by consolidating firearms training, radar information for air operations, and contracts for pest control, linen service, and hazardous waste disposal. This is a unique relationship. While each base serves its respective service directly, each base also takes advantage of the other bases’ capabilities as part of a Joint Installation Partnership. For example: