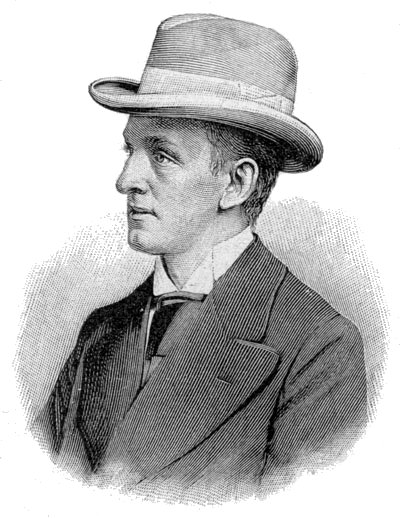 Hauptmann's career as a playwright

Hauptmann was born in , a small city of , now known as and a part of .

He was the son of a hotel-keeper. From the village school of his native place he passed to the "Realschule" in Breslau, and was then sent to learn agriculture on his uncle's farm at Jauer. Having, however, no taste for country life, he soon returned to Breslau and entered the art school, intending to become a sculptor. Here he met his life-long friend . He then studied at Jena, and spent the greater part of the years 1883 and 1884 in Italy. In May 1885 Hauptmann married and settled in , and, devoting himself entirely to literary work, soon attained a great reputation as one of the chief representatives of the modern drama.

Hauptmann's marital life was difficult, and in 1904 he divorced his wife. That same year he married the actress Margarete Marschalk, who had borne him a son four years previously. The next year, his second marriage was interrupted by an affair with the 17-year-old Austrian actress , whom he met in Berlin when she performed in his play "Hanneles Himmelfahrt". Orlov inspired characters in several of Hauptmann's works, and he later referred to her as his muse.

In 1911 he wrote "Die Ratten". In 1912, Hauptmann was awarded the in 1912 "primarily in recognition of his fruitful, varied and outstanding production in the realm of dramatic art."

During the Hauptmann was a Pacifist. In this period of his career he wrote several gloomy and historical-allegorical plays, like "Der Bogen des Odysseus" (1914), "Der weisse Heiland" (1912–17), "Winterballade" (1917). After the War his ability was clearly on the wane. There are two full-length plays which are similar to the early successes, but with a little Realistic taste: "Dorothea Angermann" (1926) and "Vor Sonnenuntergang" (1932). He remained in after 's "Machtergreifung" and survived the fire storm of Dresden. His last bow is the "Atriden-Tetralogie" (1942–46).

Several of his works have been translated into English. (All the plays which he wrote till "Veland" (1925), except "Elga", an earlier fairy play and "Festspiel in deutschem Reimen", a festival play.)His works were published by .

Hauptmann died at the age of 83 at his home in Agnetendorf (now , Poland) in 1946. As the Polish administration did not allow Hauptmann's relatives to bury him in Agnetendorf although even the Russian military government recommended it as they admired the work of Hauptmann, his body was transported in an old cattle wagon to Germany more than a month after his death. He was buried near his cottage on .