Jane Moneypenny, better known as Miss Moneypenny, is a fictional character in the James Bond novels and films. She is secretary to M, who is Bond's boss and head of the British Secret Service (MI6). Although she has a small part in the films, it is always highlighted by the underscored romantic tension between her and Bond (something that is virtually nonexistent in Ian Fleming's novels, though somewhat more apparent in the Bond novels of John Gardner and Raymond Benson). On that note, she is not always considered to be a Bond girl, having never had anything more than a professional relationship with Bond to her disdain. According to the movie You Only Live Twice, she holds the rank of Second Officer in the Women's Royal Naval Service.

Inspirational basis of the character

In Ian Fleming's first draft of Casino Royale, Moneypenny's name was originally "Miss 'Petty' Pettaval", which was taken from Kathleen Pettigrew, the personal assistant to MI6 director Stewart Menzies. Fleming changed it to be less obvious.[1] Other candidates for Moneypenny's inspiration include Vera Atkins of Special Operations Executive; Paddy Ridsdale, a Naval Intelligence secretary;[1] and Joan Bright Astley, whom Fleming dated during World War II, and who was noted for giving a warm and friendly reception to senior officers who visited her office to view confidential papers.[2] The BBC has used the term "Fleming's Miss Moneypenny" when referring to Jean Frampton, who typed out the manuscripts for Fleming's works and made plot suggestions to him, even though the two never met.[3] Letters between the pair sold for £14,340 at a 2008 auction.[3]

Miss Moneypenny is the confidential clerk and private secretary to M, the head of MI6. She holds the rank of Lieutenant RN, which is a prerequisite rank for this position. She is cleared for Top-Secret, Eyes-Only and Cabinet-Level intelligence reports, the latter of which she is often required to prepare, and in some cases present.

M's personal assistant is utterly dedicated to her work, which means she has little time for a social life. A close confidante of her boss, she also enjoys a flirtatious — though never consummated — relationship with 007, whom she understands perfectly.

Role of the character

"Of course she's in love with Bond, but she's too much a lady to go chasing after him. So she smiles and bides her time. In a way, you can't blame her. Every woman would like to live dangerously with James Bond, if only for 20 minutes, or half a night..."

In both the Bond novels and films based upon them, Moneypenny is smitten with Bond. For example, in the novel Thunderball, Fleming wrote that she "often dreamed hopelessly about Bond." However, she never explicitly vocalizes these feelings.

Miss Moneypenny's role in Fleming's novels is even smaller than her role in the films. In the novels, Bond also has his own secretary, Loelia Ponsonby and later Mary Goodnight, both of whose lines and relationships were often transferred to Miss Moneypenny for the films. As a rule, Moneypenny generally never directly participates in Bond's missions. In the film Octopussy, Moneypenny has an assistant named Penelope Smallbone, who appears to be equally smitten with Bond, despite a "thorough briefing" on the subject by Moneypenny. Apparently intended as either a foil or a replacement for Moneypenny, Smallbone appeared only that once.

In most of the Bond films, there is a scene, usually Bond's arrival at M's office, in which Bond and Moneypenny exchange witty, flirtatious conversation. ("Flattery will get you nowhere, but don't stop trying.") In the earlier films, these exchanges are more sexually charged, with Bond often kissing or caressing Moneypenny sensually. In Die Another Day she puts on Q's virtual reality glasses and sees Bond walking casually into her room and tossing his hat on the hook. He tells her how much he loves her and knocks everything off her desk and the two start to kiss. Q later wakes her up from the daydream.

Although Moneypenny is supposed to be English, in the James Bond films in which Lois Maxwell, who was Canadian, portrayed the character, she spoke with a mild Canadian accent.

In the original film version of Casino Royale, actress Barbara Bouchet plays M's current secretary, and explains to Sir James Bond (played by David Niven) upon their first meeting that she is actually Miss Moneypenny's daughter. She is referred to thereafter, and in the closing credits, as Moneypenny, with no explanation as to why she would be bearing her mother's maiden name as her surname.

Since the character's first appearance in Casino Royale, neither Fleming nor any succeeding Bond novelist or screenwriter ever saw fit to give Moneypenny a first name. In a few of the books and at least one film, Bond refers to her by the nickname "Penny" (a shortened version of her last name). The Moneypenny Diaries officially gives her a first name: Jane.

After Lois Maxwell's death, Roger Moore recalled that she would have liked to have seen Moneypenny become the new M after Moore's retirement. She had suggested herself for the role of M but had been turned down. "I think it was a great disappointment to her that she had not been promoted to play M. She would have been a wonderful M."[5] The fact that M, who is firmly male in the Fleming novels, has now been played by the actress Judi Dench in every Bond film since GoldenEye in 1995 suggests that Lois Maxwell's instinct may have been sound.

On October 10, 2005, John Murray published the first of three Ian Fleming Publications' sanctioned novels, written by Samantha Weinberg under the pseudonym Kate Westbrook, entitled The Moneypenny Diaries, a trilogy from the point of view of Miss Moneypenny. The rest of the trilogy was released over the next three years.

Moneypenny has been played by five different actresses in the Bond films - three in the EON film series, plus one each in the non-EON films. Though she does not appear in the 2006 Bond film, Casino Royale (the first James Bond film in which she doesn't appear), a reference arises in a scene between Bond and Vesper Lynd. In the scene, Vesper appears for the first time introducing herself with "I'm the money" (referring to her role as a Treasury accountant), to which Bond replies, while looking her over, "Every penny of it." In the film, M's personal secretary is a male character named Villiers. The character is again absent from the sequel, Quantum of Solace. 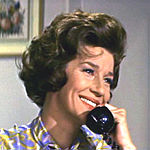 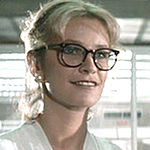 Caroline Bliss as Miss Moneypenny in The Living Daylights. 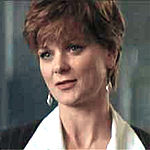 Maxwell also portrays Moneypenny in the 1967 TV special Welcome to Japan, Mr. Bond, which was produced by EON Productions.

Barbara Bouchet as Miss Moneypenny in the 1967 satire, Casino Royale.