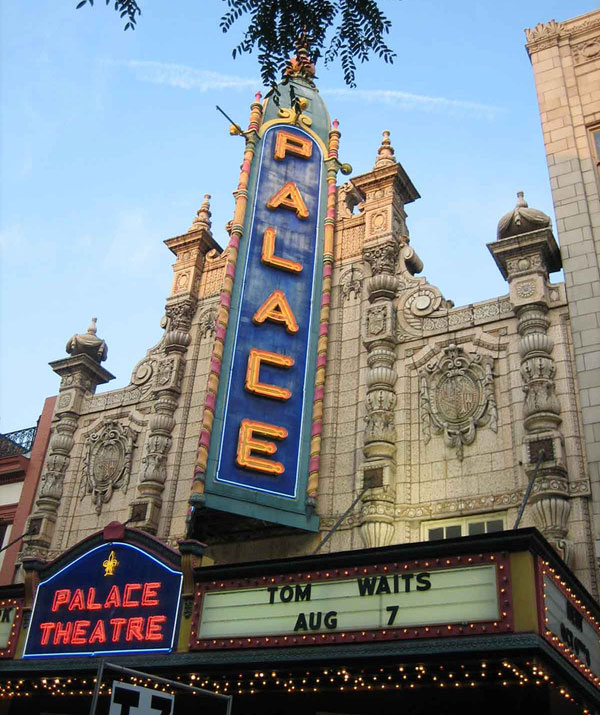 The Louisville Palace is a theatre in downtown located in the city's so-called theater district on the east side of Fourth Street between Broadway and Chestnut Street. This historic landmark opened in 1928 and was designed by architect . It has a of 2,700.

Elegant and ornate, "The Palace" exhibits a motif with arcades, balconies and turrets. Cobalt blue, bursts of red and gold indirectly light all of the niches, coves and entrances. Above is a curved, vaulted ceiling with 139 sculptures of the faces of historical figures. The actual theater room inside "The Palace" is heavily ornamented and displays an imitation nighttime sky on the ceiling.

The theater is two stories with a floor and a balcony. Both floors contain bars that run the width of the building behind the theater, separated by a grand lobby of intricate art and architecture.

Its uncommon appearance has made it a popular venue for musicians to record live performances (including and ).

Today, the theatre features an array of popular movies, old and new, as well as concerts by popular artists ranging from Jewel to to to the , most recently being and Alison Krauss on the opening dates of their tour, which began on April 19 and 20, 2008.