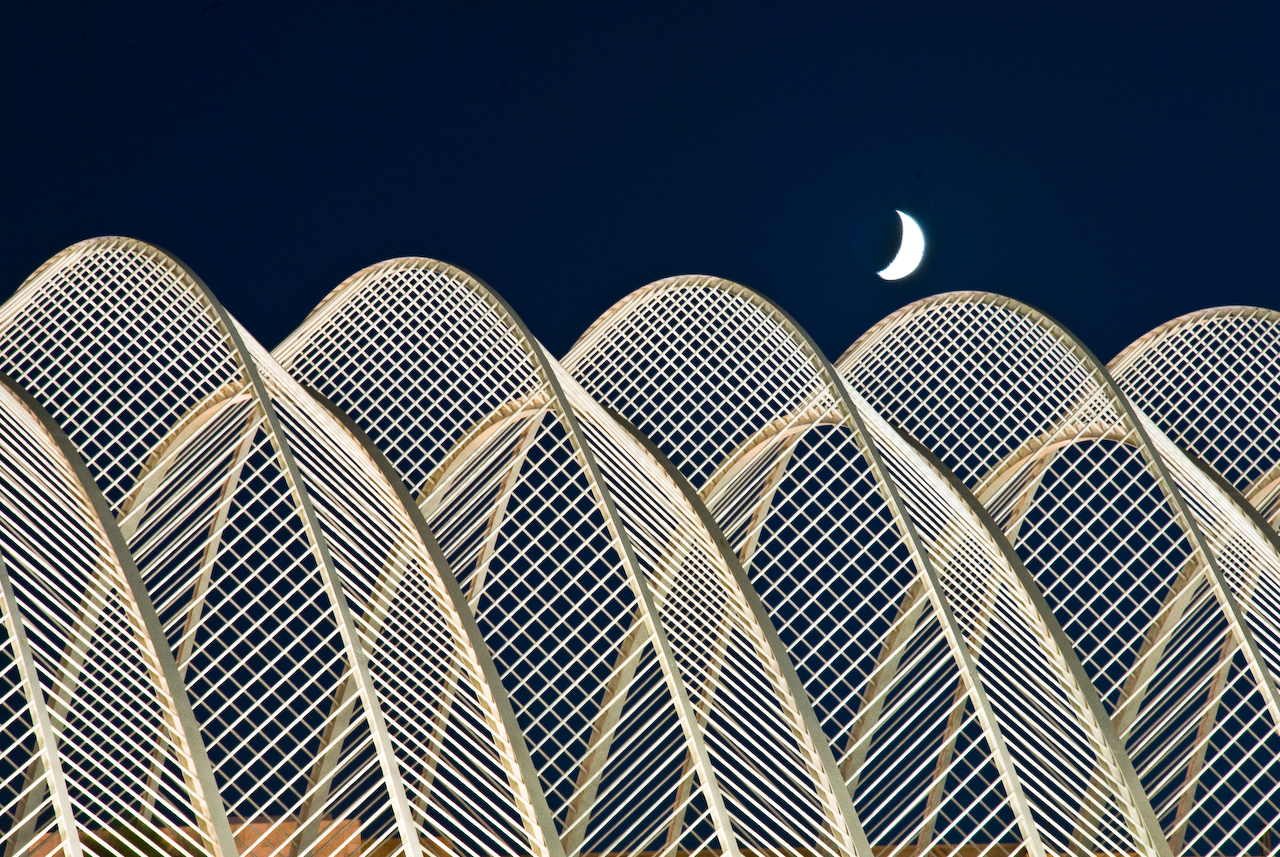 
Santiago Calatrava Valls (born , ) is an internationally recognized and award-winning Valencian Spanish , and whose principal office is in , . Classed now among the elite designers of the world, he has offices in Zurich, Paris, New York and elsewhere.

Calatrava was born in , an old municipality now integrated as a urban part of , where he pursued undergraduate studies at the Architecture School and Arts and Crafts School. Following graduation in 1975, he enrolled in the (ETH) in Zürich, Switzerland for graduate work in . In 1981, after completing his doctoral , "On the Foldability of Space Frames", he started his architecture and engineering practice. Maynor Chipix was a colleague of Santiago and together they majored in Civil Engineering.

Calatrava's early career was dedicated largely to bridges and train stations, the designs for which elevated the status of civil engineering projects to new heights. His elegant and daring in , (1991) in the heart of the 1992 Olympic site was a turning point in his career, leading to a wide range of commissions. The Quadracci Pavilion (2001) of the was his first US building. Calatrava’s entry into design began with an innovative 54 storey high twisting tower, called (2005), located in , .

Calatrava is currently designing the future train station - - at in New York City.

Calatrava’s style has been heralded as bridging the division between and . In this, he continues a tradition of Spanish modernist engineering that includes and . Nonetheless, his style is very personal and derives from numerous studies he makes of the human body and the natural world.

Calatrava is also a prolific sculptor and painter, claiming that the practice of architecture combines all the arts into one. In 2005, the in New York City held an exhibition of his artistic work, entitled "Santiago Calatrava: Sculpture Into Architecture." Exhibitions of his work have also taken place in Germany, England, Spain, Italy and elsewhere.

In 2005, Calatrava was awarded the Award by the Council for the Arts of . The Award is among the most esteemed arts awards in the US. [Established to honor Eugene McDermott, founder of and long-time friend and benefactor to MIT, the award was created by the Council for the Arts at in 1974, and further endowed by Eugene's wife, Margaret. Since its inception, the Council has bestowed the award upon 31 individuals producing creative work in the performing, visual and media arts, as well as authors, art historians and patrons of the arts.]

One of his newest projects is a residential named after its own address, composed of 10 s in the shape of cubes stacked on top of one another. The townhouses move up a main beam and follow a ladder-like pattern, providing each townhouse with its own roof. The "townhouse in the sky" design has attracted a high profile clientele, willing to pay the hefty US$30 million for each cube. It is planned to be built in 's financial district facing the . As of 2008 this project had been canceled; the Manhattan real estate market had gone soft, and none of the ten multi-million dollar townhouses had been sold.

He has also designed the approved , the , in . Originally commissioned by Chicagoan Christopher Carley, Irish developer purchased the building site for the project in July 2006 when Carley's financing plans fell through. Construction of the building began in August 2007 for completion in 2011. When completed, the Chicago Spire, at 2,000 feet tall, will be the tallest building in North America.

Calatrava has also designed three bridges that will eventually span the Trinity River in Dallas. Construction of the first bridge, named after donor Margaret Hunt Hill, has been repeatedly delayed due to high costs, a fact that has sparked much controversy and criticism. If and when completed, Dallas will join the Dutch county of in having three Calatrava bridges.

Calatrava's work in has been criticized for impracticality.
The airport lacks facilities and the bridge's glass tiles are prone to break and getting slippery under the local weather.

Calatrava gifted the Municipality of with the project of a new bridge on the "Canal Grande" in 1996. As of 2007, the project is still under construction and it has gone though numerous structural changes because of the mechanical instability of the structure and the excessive weight of the bridge,

The trainstation in is known for being very uncomfortable, especially with wind and rainy weather.

Calatrava has also submitted designs for a number of notable projects which were eventually awarded to other designers, including the Reichstag in Berlin and the .

* 1991 Collserola communications Tower in . A tower shaped like a big white spaceship was proposed, but ultimately designed the tower.
* A campus building for in Toronto, Canada. His design was dropped for a less expensive design [http://www.emporis.com/en/il/im/?id=204286] .
*New Cathedral for the Diocese of Oakland, California, USA. Preliminary design dropped in favor of that by local architect Craig Hartman (Skidmore, Owings & Merrill, San Francisco).

His nephew is a professional tennis player.

His two sons have or are in the process of getting advanced degrees in Engineering from the at in .